When your child’s birthday is a tough day 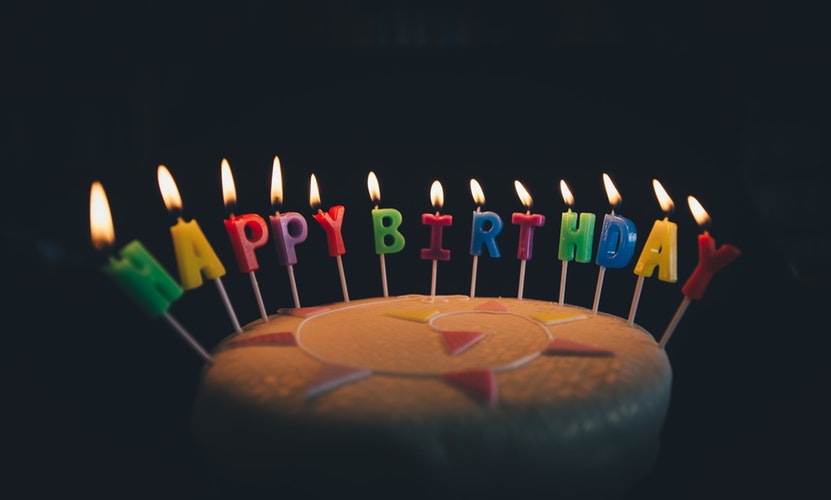 Ive spoken before about how I didn’t really cope very well with the news that one of my premature twin boys had been born with one half of his face developed (nothing to do with his prematurity). I was stunned beyond words and to say that that day changed me forever is no exaggeration. 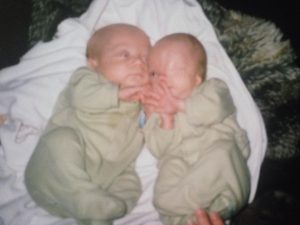 The next few months, and even years, found me struggling through a whole host of emotions – one day feeling like I was moving easily enough through the moment and the next, feeling like I was dragging my weary body through quick sand and fighting to not lose hope that it would get better one day.

Gradually, over time I settled into a life I had never expected and even loved my role as a mum but there were times when the enormity of what lay ahead of us, and where it had all began, hit me like a truck. One such day was my boys birthday.

Now, I have to say that I am a huge fan of birthdays – spoiling the people who mean the most to me and celebrating another year of their lives with us. My boys birthday was no exception and we always had a party or some celebration to mark the day. As ever, I would be the ‘hostess with the mostess’ and make sure that everyone enjoyed the day but inside I was bruised.

My boys were born at 6.33 am and at 10.30 am the pediatrician came to tell me the news that changed our lives forever. Ten thirty. That number has stayed with me in the same way that your child’s time of birth and weight stays with you. Etched on a part of you forever like an internal tattoo. 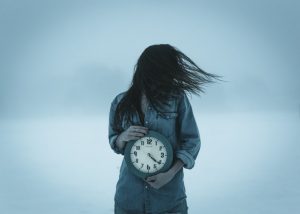 When the boys turned one, I sobbed on the bed at 10.30am, reliving that moment in minute detail, hearing every word remembering every thought. Aching with a loss I felt awful for acknowledging. I loved my boys but I was consumed by a conviction that I must have caused Harry’s syndrome somehow. Medicine and science had failed to give us an explanation. I had never turned to faith and so all I had left was an uneducated certainty that it was my fault which lived within me, lurking through my days and tormenting my nights.

On the boys birthday, a time when we relived the moment they came into this world, I was at my happiest at 6.30am when I believed that I had given birth to two perfectly healthy babies and our lives as a family had begun. By 10.30am I was wracked with guilt and grief. I have to say here before some one takes it upon themselves to voice their opinion (there’s always one!) that I grieved for a life my son would never have, the one I had planned for them both during the 32 weeks I had carried them both. I was yet to know the amazing life he would create with my help and indeed in his own right or the person he would help me to become so I am not saying that I wrote him off but our future was full of uncertainties and challenges. We were sleep deprived and I do believe that I had un-diagnosed post natal depression. It was an incredibly dark time.

I would hope that no-one ever knew this about me though. Certainly our party guests would have no idea as my pain ebbed away as the clock marched every faithfully onward and often our celebrations would be later in the day anyway. My husband and my mum knew. When I was back at work, my closest colleagues knew and Sarah in particular would always keep her eye on me around 10.30 as I was teaching my class and dragging my heart through the quicksand, oblivious to my 8 year old audience.

The time thing was weird because I didn’t ever consciously clock watch. It was almost as if the clock watched me, in the same way that you know you are being observed and you feel uneasy and restless. I knew when 10.30 was approaching and in the first few years, it brought tears. Then a time of quiet reflection and then, without me even being aware, it was gone. I no longer felt the weight of that moment and after a few more years it even passed without me realising it had ever happened. 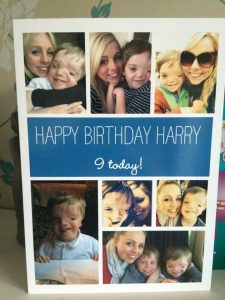 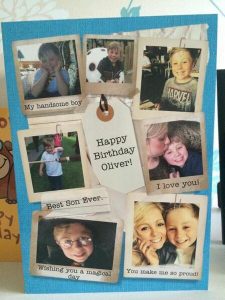 I dont know why, or how. I think that maybe it was a combination of me finally accepting that Harry’s syndrome had never been my fault, the reality that even if it had been there was nothing I could do, and the fact that as we all grew as individuals and a family I began to see the possibility of a brilliant life other than the one I had expected. I had private counselling and took antidepressants for a time when the boys were around 5 years old. I worked hard on forgiving myself for something that was never my fault and challenging the internal demons that mocked me. If you had talked to me before I had my boys about mental health I most definitely wouldn’t have appreciated the paralyzing power of anxiety and depression but now, I do see it and I do understand a little better. I am slower to judge and quicker to care. For as hard as I found our journey at times, this life has created a better version of who I am and I really do feel that I am who I was always meant to be these days. 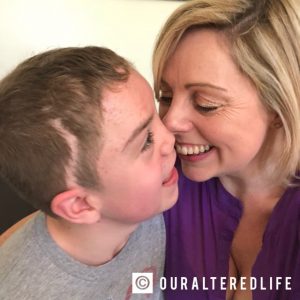 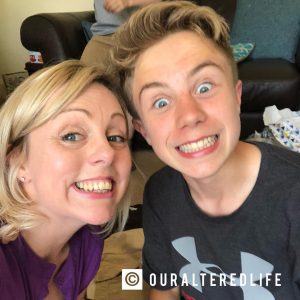 Certainly, our life is still not without its challenges and its a different path to the one I had visualised when I carried the boys but now on their birthday I feel nothing but utter, intense joy and excitement. I am more grateful than anyone could ever know to be the mother of two incredible young men and if I happen to notice the time in the morning its only because it’s part of my day as it is for everyone else, and no longer a trigger for my unravelling.

For the mum’s who are in the trap that I was, bound by a certain time or phrase, I would say look after yourself and invest in your own mental health whether that’s through counselling, medication or some other release that works for you. Be patient and ride the storm because the calm afterwards brings a peace for your mind and soul that you have always deserved.  Be as kind to yourself as you are to your children and know that the reasons ‘why’ are less important and less powerful than the love today.

At the end of a very hectic weekend celebrating thirteen years of having my beautiful boys I am pouring myself a very large gin and raising a toast – to Our Altered Life, to the highs and lows, the challenges and triumphs, to the life I never expected but wouldn’t change for all the cheese in the world! 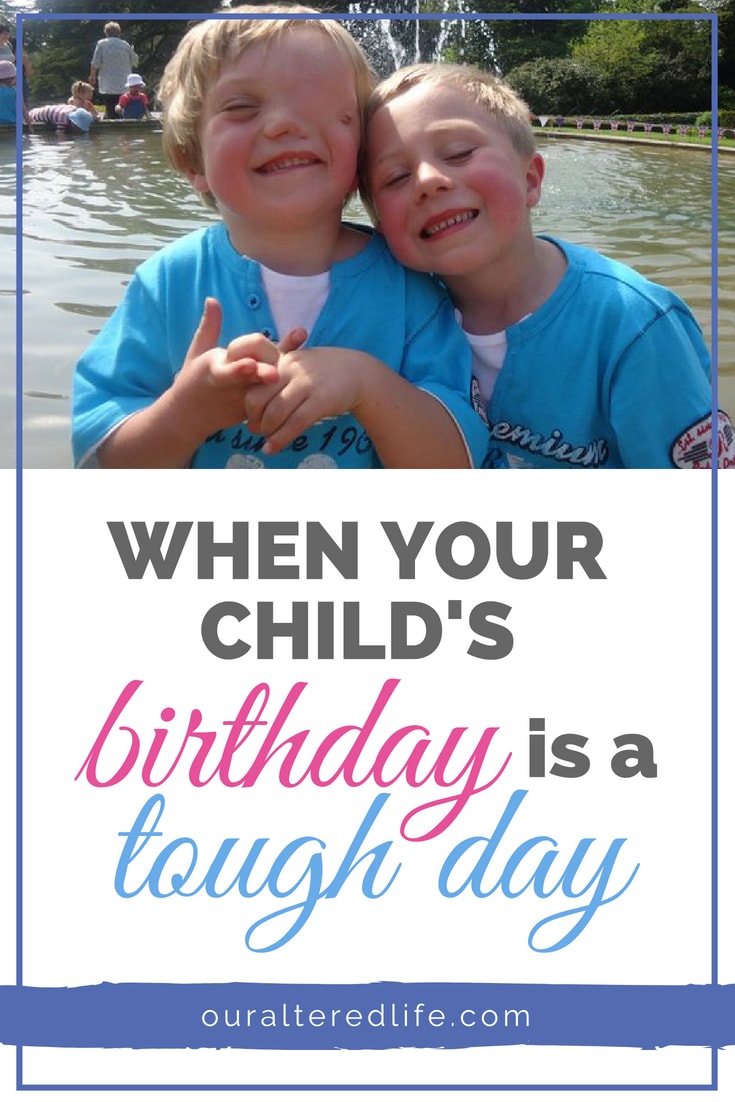