What face equality means when your twin has a facial disfigurement. 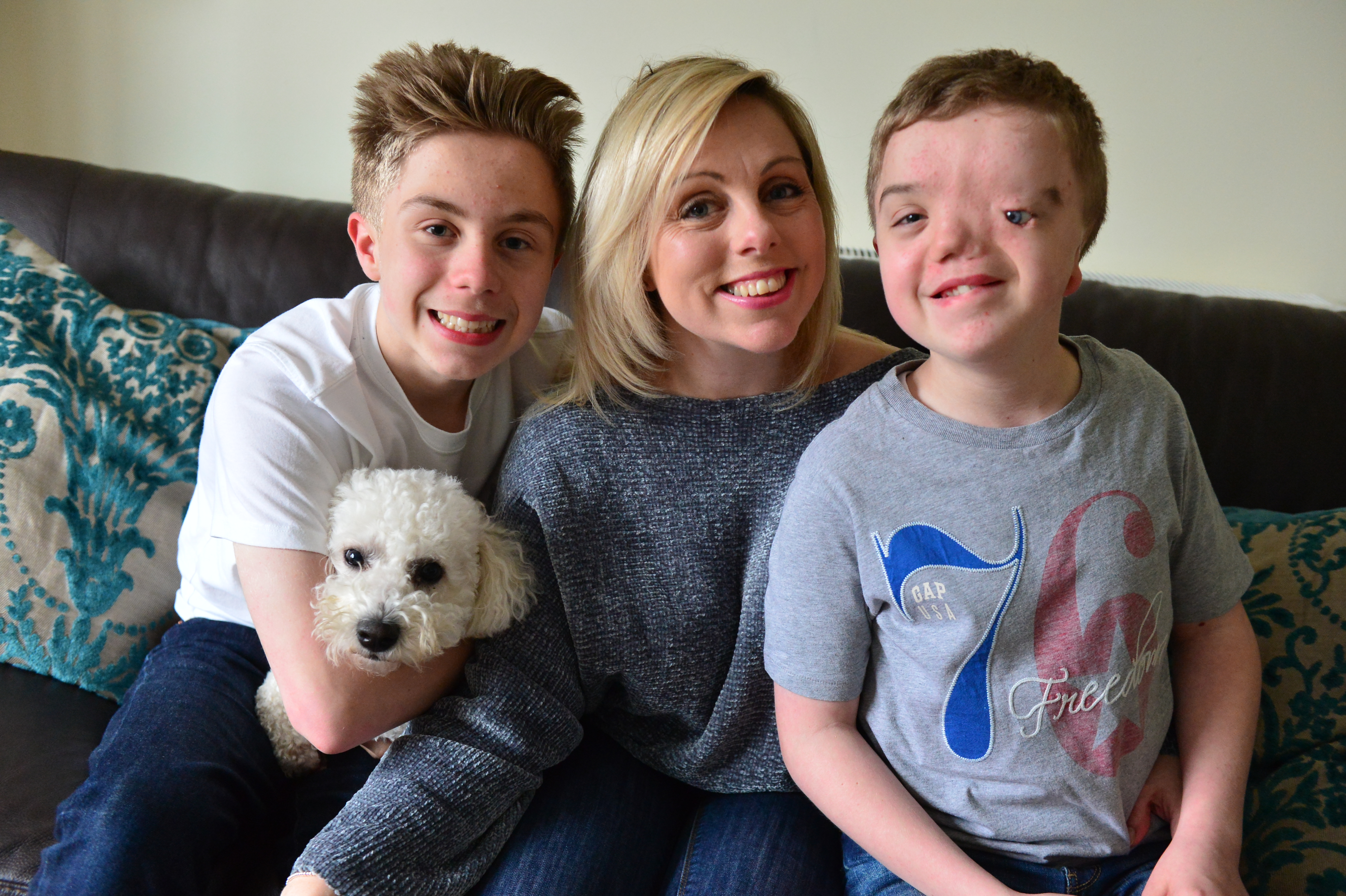 23rd May 2018 is Face Equality Day organised and championed by the fantastic Changing Faces charity. I wondered for a while what I could write that would do the day justice. Should I explain my sadness when others stare or grimace at Harry who looks so different to most children? Should I share how wonderful my boy is regardless of the way he looks? Should I talk about my hopes for him in a life that is full of potential but also superficial judgement? In the end, my lovely blogger friend Miriam suggested that I ask Oliver what he thought of his brother. So we chatted together about Harrys appearance, his operations and what Facial Equality means to the sibling of a child with facial disfigurement. His answers surprised and touched me…

Can you remember the first time you realised that Harry looked different?

No, I’ve always just thought of him as the same as me really.

What about other people? Can you remember when you started to notice other people’s reactions?

Not really. I can remember in the nursery, children wouldn’t play with him a lot so I would. And there have been times when I’ve wanted to punch the kids who are mean but you said I couldn’t.

What do you think about the way your brother looks?

From a brotherly view or a normal view?

Yeah, from a brotherly view he’s just the same as me but I understand why people stare because if I was in their position I’d probably look too but I wouldn’t be mean.

What do you think about the operations Harry has had?

I think they are all amazing but there’s always one that stuck in my mind. The one when he had his head shaved and his skull taken apart. I remember it upset me and I didn’t want to be next to him because he looked so different but after a while I sat with him and felt a bit better. Its hard to see his face changing. 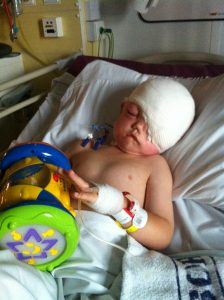 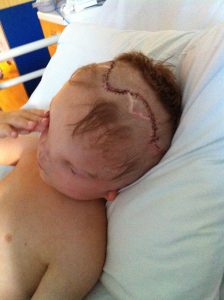 Do you think the operations are unnecessary?

My opinion – I think because of Harry’s autism he doesn’t always notice that people are staring so sometimes I think the operations are more for our mental wellbeing than for Harry’s. If he doesn’t mind then we probably shouldn’t make him have all the operations.

Read my blog post – Is no surgery ever an option for more info on this.

Can you see any benefits to him having the surgeries?

From further away people might see him as a bit more normal but close up his differences are still pretty obvious. Hopefully people wont stare at him as much now and in the future that will be better for him and for the people, you or me, who are looking after him because we won’t feel upset either.

Do you ever wish your brother didn’t have facial disfigurement?

Yeah, I don’t like people staring at him. People are drawn to him because he looks different even when he’s doing normal things. They look at him like he’s some sort of thing rather than just a person.

And how does that make you feel?

Angry sometimes and it makes me feel sad that people judge each other so much. We are all the same inside just outside we look different. 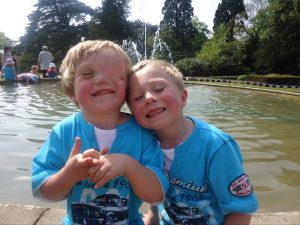 My boys enjoying the sunshine at Warwick Castle in 2011

What don’t people see about your brother when they look at him?

That he loves biscuit and cake (he’s a big foodie), Thomas the tank, bouncing, that he does normal things like other kids. He laughs when he hears people crying which is funny but a bit embarrassing too!

That we all see each other in the same way and don’t look or treat each other differently just on how they look. Like if someone looked different id still give them a job if they were good, obviously if they weren’t any good then I wouldn’t but that’s based on their skills and not just what they look like. Sadly, there are people out there who do judge a lot.

Why do you think that people judge?

They fear what they don’t understand

How can we change that?

Everyone has their own journey and all we can do is tell people and hope that they realise it themselves too. If people understand more then they wont fear it.

Would you change your brothers face if you could?

No – I’ve had 12 years with that face and I just accept that’s who he is and we get on with our life.

How would you describe Harry to someone who had never met him before?

He can be unpredictable because of his autism. I’d say he’s got one ear, one nostril and one eye but it’s the most beautiful eye you’ve ever seen.

How important is appearance to you?

*poses like a model* On a scale of 1 -10 I’d say 5. A nice face is good but a heart with good intentions is important too.

I think I will leave it there because Oliver has echoed what I truly believe ~ that every face tells a story, that the most unique faces have the best stories to tell and that a pretty face is wasted on an ugly heart. Thankfully I am proud to have two boys who are absolutely beautiful inside and out and who I love equally not despite the faces they have, but because of them.

If you are looking for a way to explain facial disfigurement to your child(ren) then please read my blog with 7 ideas on how to be prepared for and tackle to subject.