Vision without sight ~The incredible altered life of Louis Braille 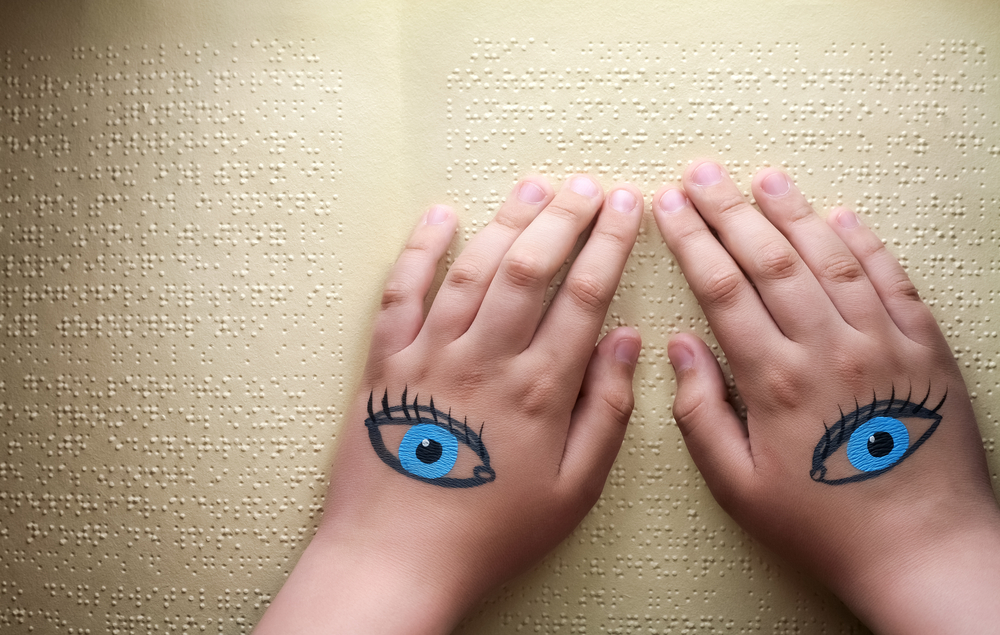 January 4th celebrates World Braille Day but if you, like me, have no idea about the origins of braille then you’re in for an interesting couple of minutes as the story is a fascinating one.

Louis Braille was born on 4th January 1809 in a small village near Paris. One day when he was around 3 years old, Louis ventured to the workshop of his father who was a saddler and tried to imitate the work he had watched his father complete. One of the sharp tools that are used to puncture holes into leather slipped and injured one of Louis’ eyes. The wound became infected which then spread to his other eye. Before his 5th birthday, Louis was completely blind in both eyes.

Louis stayed at his school for a couple of years but found it a struggle to only learn by listening and at the age of ten years old he was given a scholarship to the Royal Institution for Blind Youth in Paris. Although each letter in many of the books there were raised, it took a long time to trace and decipher each individual letter and Louis felt frustrated.

Then in 1821, a former soldier named Charles Barbier visited the school. Barbier shared his invention called “night writing,” a code of 12 raised dots that let soldiers share top-secret information on the battlefield without having to speak or use a light. Louis liked the system but found it quite complicated. The astute twelve-year-old boy set about creating his own alphabet system and by the time Louis was 15 years old, he had trimmed Barbier’s 12 dots into six and had found 63 ways to use a six-dot cell in an area no larger than a fingertip. 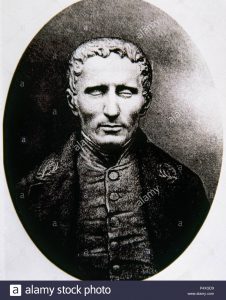 Louis published his own system in 1829 and added symbols for both mathematics and music. He had a number of publications about Braille and by 1833 he was offered a full professorship where he taught history, geometry and algebra. He also had a great ear for music, became an accomplished cellist and held the position of organist at a couple of churches in France.

Despite lots of interest in Braille as a reading system, the public was skeptical and therefore blind students had to study braille on their own, even at the school where Louis had taught!  But in 1854, due to the overwhelming insistence of blind pupils, Braille’s system was implemented in the Royal Institute in Paris.

Louis Braille died back in the village of his birth, in 1852. He had just turned 43 years old.

More than a decade later, Thomas Rhodes Armitage, a wealthy physician who had sight problems himself, brought together a group of blind people and founded the British and Foreign Society for Improving the Embossed Literature for the Blind. They tested different communication systems for the blind and surveyed many blind readers. In 1870 they made the decision that braille would be the best choice for Britain. This group later went on to become the RNIB (Royal National Institute of Blind people)

In 1952, Louis Braille’s accomplishments were finally recognised by the French Government and his body was exhumed from the village cemetery in his hometown of Coupvray and reburied in the Pantheon in Paris, with other French national heroes. However, the Mayor of Coupvray insisted on having Braille’s hands removed and buried in the village cemetery!

The story of Louis Braille is an incredible one and a great example of where an altered life has left a phenomenal and historical mark not just on a few people but in changing the lives and futures of a whole community.

I hope you found Louis’ story interesting. If you would like to know more about some of the work that is happening to support blind individuals in the Uk head over to the RNIB or the Royal Blind websites.

Read my blog ‘adventures of a prosthetic eye’ to read a humourous take on visual impairment!