The moment that life changed forever 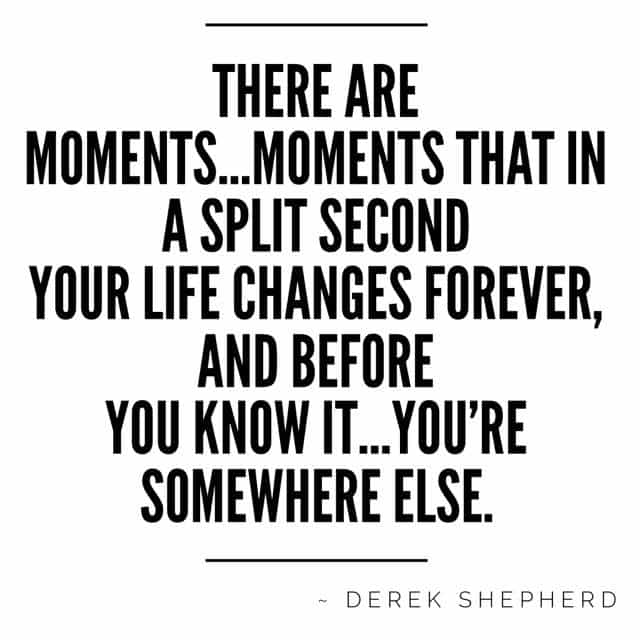 We were parents! Our lives had changed forever. Mark had gone to make all the customary phone calls to announce the safe arrival of the boys and I, apparently, was snoring like a warthog on the ward. Sexy!

When Mark came back, the Doctor joined us with a midwife in tow. They both looked nervous and I began to think that they were bringing something other than good news and congratulations. “Twin one is ok” There we go. There’s a ‘but’. I could hear it hanging in the air. “Twin two has some problems”. He drew a line down the middle of his face as he continued to talk and swept it across to the left. All I heard was “no eye socket, no eye, no ear, no nostril, his jaw looks short. Golden something or other and hemifacial something. Might have affected the spine. We don’t know if he will walk. Not sure on brain function. Two arteries in his umbilical cord instead of three. Need to check his kidneys”

This wasn’t happening. Doctors came to tell you your baby’s weight, that they were ready for cuddles, not that they only had half a face and a fractured life. What were they leaving us with? Tears rolled down my face and Mark says that I just kept whispering “I’m sorry”. All I felt in that moment was guilt. What had I done to my baby? How had I caused this? I don’t smoke and hadn’t drank. I had looked after these babies so well but I was sure now that I must have done something wrong. The doctor assured me that it wasn’t due to anything I had done but I wasn’t buying that for a second. Grief followed. We’d talked to the babies, imagined their lives, planned their birthdays, talked about their schools and futures. We had two of everything (thanks to those who gave me that advice) and our house was waiting for two ‘normal’ babies. Now I was being told that I had only got one and a half!

We had no idea about the quality of his life, how he would function physically or mentally, how long he would live. I wasn’t prepared for this. This boy needed a better Mother than me. Our lives had changed forever – derailed at the point of arriving at our  destination only to leave us stranded elsewhere. So many thoughts raced through my mind and yet I sat frozen to the bed in disbelief. Please not us. Not me. No. It couldn’t be happening. I wanted the babies my bump had promised me. Not this. Just no. Forget 16 year old unrequited love, THIS was what heartbreak felt like, a physical pain beyond words.

I would love to tell you that I snapped out of it a few minutes later. Saw sense, gave myself a talking to and my maternal instincts kicked in. That I decided to love him regardless of what lay ahead for us all. But I can’t, because none of that happened. Over the next few weeks I was so consumed with the guilt of damaging my innocent baby, and don’t forget recovering from surgery and the usual baby hormones anyway, that I just got more and more lost in a maze of emotions.

But back to the Doctor. He asked me if I wanted to see the boys. Did I? No I did not. I wanted to stay on the ward with the other mums who had the babies they had dreamed of. I dearly wanted to be one of them. And I was scared to see what the Doctor had just described. I wanted to go to sleep and wake up to find this had been another pethidine hallucination. I didn’t want to see my boys so what did I do? I did what all people do when they are ashamed of their thoughts and too afraid to voice them. I forced a smile and said “yes ok”. We were parents. Our lives had changed forever.

P.s If you abandon the blog at this point because you think I am a disgrace (and don’t worry – plenty have said it) then just know that my boys are my greatest achievement in life and I am hoping that my honesty in sharing my journey will help other mums which can then become my second greatest achievement. The truth shall set you free (after some cyber abuse and judgment of course ? )