The life changing legacy of love 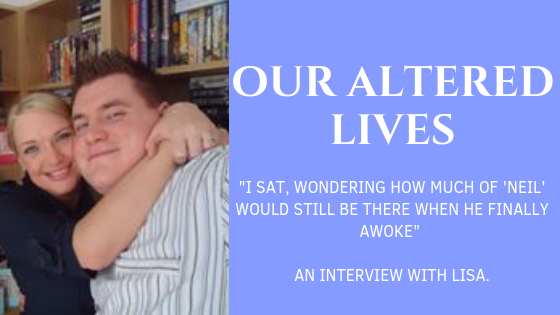 Thanks. Would you mind sharing the moment that your life changed forever?

My life categorically changed forever in March 2014. My fiance, Neil, and I were busy planning our wedding. Mid-March, he began to feel a little unwell with what we all assumed was a cold. He even joked about his ‘man flu’ after taking a couple of days sick from work – he never took time off and adored his job at BBC Sport, Media City.

One morning, I became worried that he didn’t seem to be getting better (after about four days) and he reluctantly agreed to let me take him to see his GP when I got back from the office that evening. My youngest daughter, Lucie, was home from school an hour before I was due back so I called her and asked if she could make sure Neil was awake and ready to go for when I finished work. She kept telling me he wouldn’t wake up but I wasn’t too worried as he was a heavy sleeper. 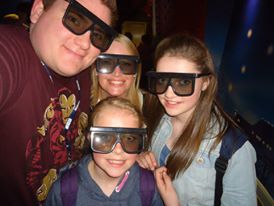 I asked her to try again and, after about ten attempts, I instinctively knew something was wrong so downed tools and rushed back. I found Neil limp and was barely responding to my voice so I called 999 immediately, trying to downplay the situation to Lucie. The paramedics arrived and suspected he’d had an asthma attack so took him to our local hospital as Lucie and I followed in my car.

Upon arrival, we were ushered into a family waiting area as I called his parents. In the short space of time between his parents arriving at A&E, the consultant told me that they had done a scan and found ulcers on Neil’s brain and liver, opting to put him into an induced coma so they could investigate further. Neil was swiftly transferred to another hospital for emergency neurosurgery.

By this point, I realised that things were quite serious and Lucie’s grandparents arrived to take her for the night. Ironically, my sister was working at the hospital Neil was being transferred to so I called her to say that something was happening and I didn’t know what, could she please come and sit with me.

A surgeon took us all to one side and explained that the operation was high risk, with just a 10 percent chance of survival and warned that Neil would most likely be left with severe brain damage if he did pull through. In hindsight, I’d gone into autopilot by that point and it was all blur as we sat numbly waiting and clock watching throughout the night. Six hours later, we were informed that the surgery had gone well and Neil was being stabilised in intensive care.

He had, however, had several strokes during his operation. I went to sit with him and he looked peaceful. I was still hopefully and mentally preparing for our lives to be changed forever, wondering how much of ‘Neil’ would still be there when he finally awoke. Sadly, he never did. The consultant gathered myself and his family together to explain that Neil was clinically stem-cell dead, meaning that without a ventilator, he couldn’t survive. The decision was made to switch off his life-support and donate his organs.

I remember seeing people crying around me and I kissed Neil’s cold cheek before driving home alone to tell the girls (Lucie was 11 and Megan was 13) the news that he had died, even though I didn’t believe it myself at that point. That was truly the most heartbreaking moment I have ever had to endure in my life; the look on their faces in that split-second – a mix of shock, disbelief, horror, and hurt – and the way they both howled and fell to the floor will haunt me forever.

Neil’s death absolutely changed so many lives. Seeing his parents and sibling hurting was horrific and many of our friends struggled to believe the sad news. My world was utterly turned on its head but I had to try and ‘carry on’. I went back to work after two weeks as I needed the income. In the months after the funeral, my relationships with some friends and family members deteriorated and I began to realise that this was our ‘new normal’ now, as much as I hated it.

Do you remember any specific dark or brilliant moments on your journey?

I remember feeling overwhelmed and so very alone for months afterwards – I had lost my identity and didn’t know who I was anymore. People meant well and tried to understand but I felt like no one else could truly know what I was going through. At one particularly low point, I did contemplate ending my own life – and then quickly scolded myself for being so bloody selfish. How could I even be so self-pitying when Neil didn’t even have a choice about his life ending so suddenly at just 30 years old? 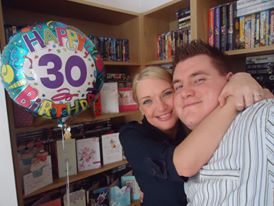 About five months later, something clicked and I refused to be a victim, to be ‘The Girl Whose Fiance Died’. I found an assertiveness and determination that I’d never had before and made some big life changes, with the girls and I going on adventures abroad and learning to live as a family of three. You see, before Neil died, I’d always played my life very ‘safe’ and never really taken any chances. I started going out more, saying yes to things I’d never dreamt of and even began dating, much the disapproval of some people around me who were worried I was ‘going off the rails’.

Was there anything in particular that helped you to work your way through it all?

My sister’s friend had sadly experienced a very similar thing a few years prior so introduced me to a group of fellow young widows and widowers. This was a lifeline for me. The girls and I met other families who ‘got it’ and we began to feel less abnormal. I also gained confidence – I’d already experienced one of the worst possible events I could so nothing could really phase me much after that.

The kids and I got collectively stronger and paid less attention to what others thought. In October 2014, I met Adam. I told him all about our circumstances on the first date (talk about a bombshell – I was never very good at dating!) and we agreed to take things easy, not expecting the relationship to progress much. We got married two years later and are blissfully happy.

The kids have both flourished too, with Megan excelling in an apprenticeship and going to university to study adult nursing, and Lucie becoming a confident, savvy teenager. I’m incredibly proud of how they’ve navigated the past few years with a dignity, determination, and self-awareness that most adults struggle to find. 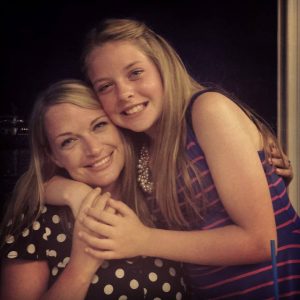 I’m guessing you must still think about the life you had planned for before Neil passed away?

In the early days, I was so very angry and bitter. I felt resentful that everything I knew had been snatched away. I’d often find myself setting the table for four and then breaking down when I realised what I’d done or that awful fog that hit me every morning when I remembered that Neil was dead and life was forever changed.

I still think of Neil almost every day, however, I can now look back with happiness and cherish the years that we did have. When I do get sad, it isn’t for me anymore. I feel sad for his immediate family and for the things that Neil won’t ever get to do again. He’ll never get to enjoy another Christmas or drive to work again or experience any of the things that perhaps we all take for granted.

On very rare occasions, I do get upset. Like when I go past the place that we were due to marry or his favourite song comes on the radio and sideswipes me out of the blue.

And how do you cope with that?

I simply allow it to happen, to let those raw, complex emotions that come with grief wash over me and then pick myself back up once it’s softened again. I’m also fairly open if people do get curious and want to ask me questions. It’s so important to keep talking about lost loved ones and not be afraid to say their names.

What have you learned or how have you changed as a result of your experience?

I have learned that you never really ‘get over’ the death of a loved one. Your live changes beyond recognition and you slowly build a ‘new one’ around the grief. I also discovered that I’m resilient AF and refuse to put up with the same level of nonsense from others as I used to.

Grieving comes with so many complex emotions and for me, it taught me about loneliness, humility, anger, humbleness, true friendship, gratitude, superhuman strength, self-sufficiency, and so many other traits. I am a completely different person that I was in 2014 on so, so many levels. I don’t even recognise the old lost, weak and submissive version of myself anymore.

Grief is different for everyone. There really are no wrong or right ways to deal with it – do whatever you have to do to survive. There is also no time frame so never allow anyone to make you feel as though you’re ‘dealing with it all too well’ (an actual sentence that someone said to me two months in…) or that you need to stop. Don’t be scared of your feelings, no matter how intense they get. You will process things in your own time and, although you will never truly heal, you will carry on and, dare I say it, even be happy again one day, in many different ways. And you’re never, ever as alone as you might feel <3

Thanks so much Lisa for agreeing to share your experience!