The frustrations of an invisible sibling 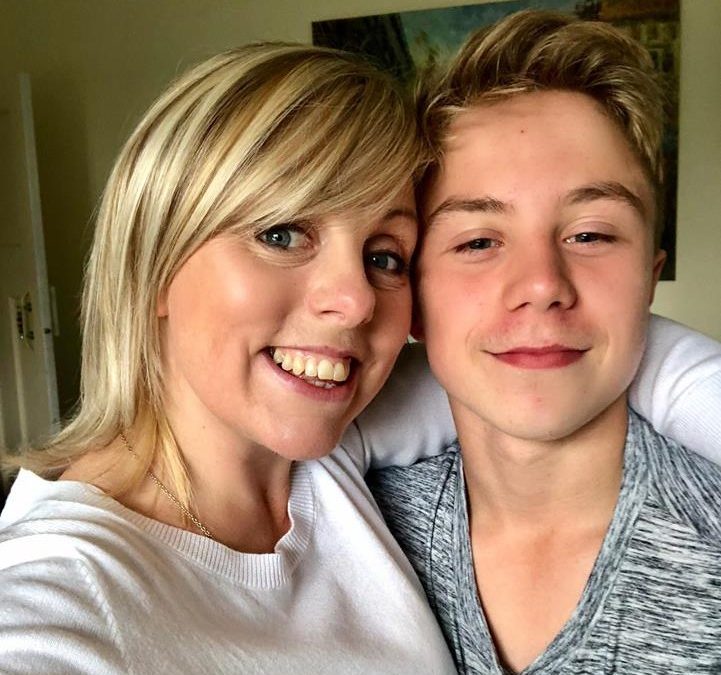 I have written before about the reasons why Oliver is the unsung hero of our story. As much as I try to divide my time equally its incredibly hard when one child does need more attention. Even when you are physically with the sibling, you’re hyper aware that the other one may still need you (or in our case be up to the sort of mischief which could harm him) and so whilst you might be sitting physically with one sibling, your thoughts are with another. Not all of the time and not intentionally but no matter how hard I have tried, Oliver often feels like he is the invisible sibling. 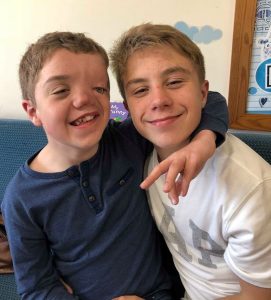 And I hate to admit that it started with me! I used to explain to Oliver that people stared at Harry or he behaved the way he did because he was ‘special’. Of course I meant ‘different’ but it felt cruel to say this about a four year old. In protecting Harry though I inadvertently hurt Oliver who one day asked me “why aren’t I special?” (cue to heart sinking, eye brimming sadness as a mother) I explained, through my tears what I had meant all along and even to this day, when I say to Oliver “What are you?” he will reply “The greatest thing you ever did”. I hope that somewhere inside him, the little boy who felt over looked by his own mother, hears and believes that.

As the boys have grown, Oliver has accepted to a degree that Harry needs extra attention and I have made a conscious effort to spend full days just with Oliver in school holidays booking Harry into the holiday club with the staff who have known and loved him for years. I even took Oliver to Rome for four days as his 13th birthday present so that we could make special memories together (I’d saved since he was 11 as it was his dream to see the Colosseum. I’m not Rockefeller) I feel that I am doing all that I can to show Oliver that he is just as special and important as his brother without overly reminding him that one of the other reasons why he is so amazing is that he cares for his brother so well. I want him to feel valid in his own right and not just in his role as a carer. His identify will be shaped soon enough by the labels he aquires through his life. boyfriend, student, employee, husband, father. I just want him to know that Oliver the boy is enough, just as he is. 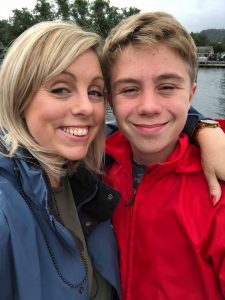 Lately though, he has been noticing that other people don’t always feel the same. I have lost count of the number of people who have met my boys and said hello to Harry before forgetting Oliver’s name. One guy called Oliver ‘John’ months ago and Oliver still can’t let it go. Recently, we were interviewed by the local paper as I launched my charity and the reporter wrote all our names down except for Olivers. He looked at Oliver with his pen poised and there was just a second of silence before Oliver reminded him of his name. Not long enough for anyone else to notice but long enough for my heart to sink as I knew what the conversation would be in the car home. Oliver sees that Harry is memorable and important. He feels that he is insignificant. The invisible sibling. And it stings him. 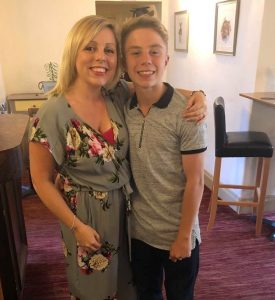 Harry will receive gifts and items through the post (which is wonderful and so incredibly generous) but Oliver looks on and I can see him wondering why he was overlooked again. My blogging friend Lizzie has experienced the same. “Our youngest doesn’t see the differences between her and her sister and so is confused when people lavish attention or even stuff on Mojo. Two recent examples, at Pride parade Moo was given free stuff galore even from people selling it! Poor Chloe was overlooked every time. Then the other day someone randomly gave Mojo a present and Chloe asked why she didnt’ get one. We spend so much time telling them they are the same. It’s tough because people mean so well”

The times when people have included even just a magazine for Oliver he has been so incredibly touched. Its almost as if he has resigned himself to being forgotten again and is amazed to have been a part of someones thought process as they packaged up a gift for his brother. I love those moments. The moments when I can remind him that people do see how important he is. Although I am not asking for an influx of gifts for Oliver at this point..back away from ebay people! But I just want people to know that remembering Oliver’s name is all he really needs. Yes, to see the incredible caring brother he is and to recognise that he deals (amazingly well) with so much more than other children his age ever have to but what means the most is just to be acknowledged in his own right. Just for people to know his name and use it. Simples.

Feel free to keep calling me Chantelle or Charlotte though, I’m genuinely not arsed!