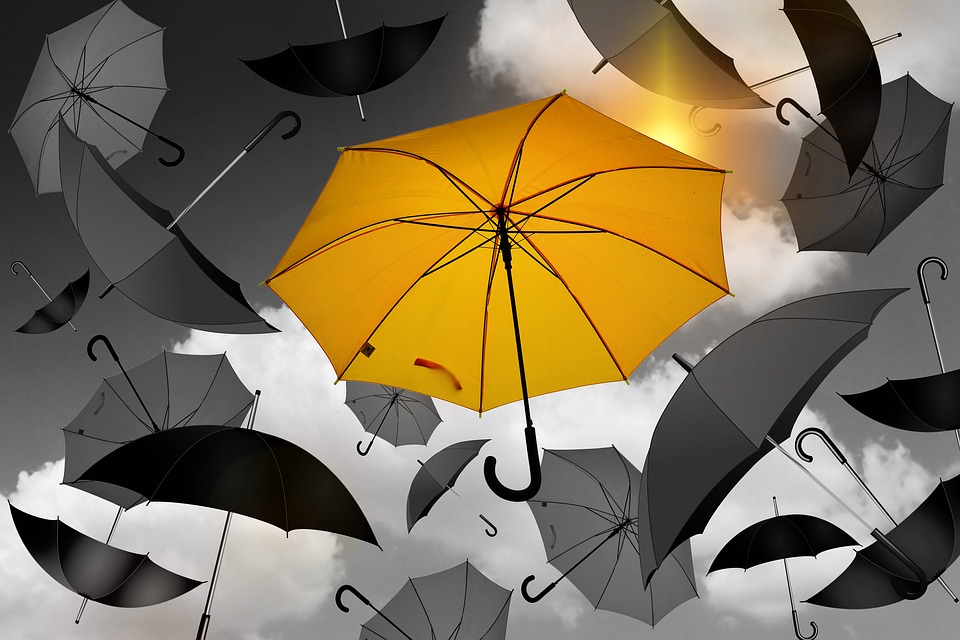 I would say that of all the qualities I have, kindness is up there as one I am most proud of. I am the person that always thanks the waitress for good service (it used to embarrass the life out of my ex-husband so I did it all the more to wind him up!) I’m the one who fetches a basket for the old dear who got carried away in Asda and I have been known to start a few standing ovations at productions and concerts but I had never heard of World Kindness Day until now. 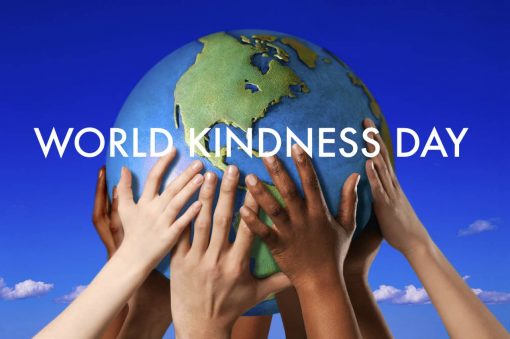 Hands on a globe — Image by © Royalty-Free/Corbis

Apparently, it’s been around since 1998 but 2017 has found me supply teaching in a high school and looking at awareness days and months that could be celebrated when I came across this one. At the same time, the movie called ‘Wonder’ based on the book of the same name was coming out with the hashtag #ChooseKind. To celebrate the release, the company are showing the film free of charge at participating cinemas on 13th November and it got me thinking about the beauty of kindness. 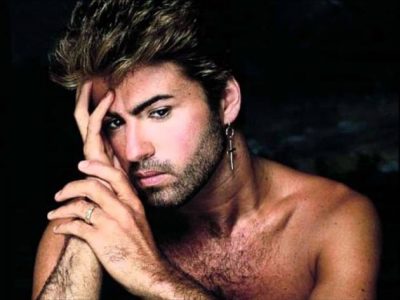 When the world-famous singer George Michael died on Christmas Day in 2016 fans were stunned and heartbroken but it was the details of his life rather than his death that emerged after his passing that surprised everyone. The artist, well known for his colourful personal life, had actually been an incredible closet philanthropist.

After watching a contestant on Deal or No Deal try to win £15,000 to cover the costs of IVF treatment, he called the producers after the show and sent the money over himself. When he got chatting with a waitress and found out that she was also a student nurse in debt, he tipped her £5,000 on the condition that she didn’t say it had come from him. He had worked at a homeless shelter for years but had asked that no one ever revealed he was there. He played a free concert for the nurses who had cared for his mother when she was dying and he donated millions to numerous charities including ChildLine. The list is a huge one and I hope to think that as well as being remembered for his brilliant music and talent (as well as the controversy and tabloid gossip that celebrities attract over the years), George Michael will be remembered as an incredibly generous and genuinely caring guy. 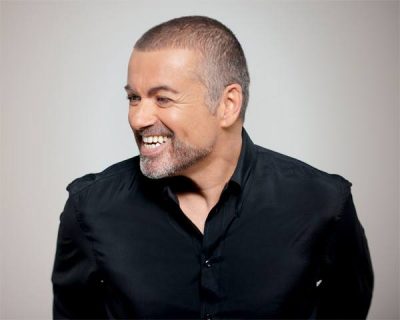 His random acts of kindness got me wondering just how common it is to have a stranger help you and so I asked the question and what I heard warmed my heart.

Laura “The nicest thing happened to me about two years ago now. I had ranted on Facebook about what a terrible day I’d had, how poorly I felt and how I was stuck in with the children screaming and didn’t have a single bar of chocolate in the house. About an hour later I heard the letter box go and at the front door was a big bar of chocolate and a note which said, “I hope this cheers you up a little. You’re doing a great job.” It was one of the nicest things anyone has ever done for me and really did make my day.”

Lucy “A lady specifically came up to me at a bar one evening to tell me how much she loved my shoes and how well I was wearing them apparently. Made my day after a few weeks of not feeling so good about myself”

Amy  “ My husband and I were in a restaurant for Sunday lunch with the kids and the table behind us were really rowdy, kids running riot etc. As the couple a couple of tables down were leaving they came over and told us our girls were a credit to us and we should be really proud. That comment made our day.”

Miriam“After I had been searching for days for a certain toy for my non-verbal autistic son for his birthday the seller on eBay proceeded to cancel my order because the box was damaged.

When I contacted them to ask if I could still buy the item and explained my 9 year old has no speech and limited vision so a broken or damaged box was not an issue they sent me a lovely email saying they would send the item to us for free! As a full time carer living on benefits this act of kindness had me in tears and restored my faith in mankind. Kindness has such a huge effect on people! “ 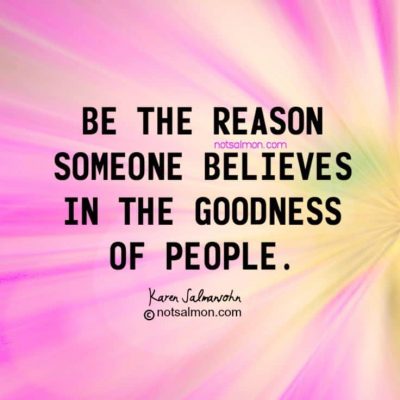 Joy “A lady who read my blog sent my son with special needs some dinosaurs because she knew he loved them. It made me feel warm and fussy that someone cared enough to go to all that trouble.”

Kelly “A work colleague of my husband read my blog and sent Tink some light-up musical instruments and other bits when we were going through our ‘sparkly spinny wand’ stage. He wanted to stay anonymous, but we worked out who it was! I cried.”

Emma “I was walking home from the park with my children. My youngest was asleep in the pushchair and my eldest was getting a bit tired, groggy and didn’t want to walk home. I’m really used to people in my area tutting or making comments because they think I’m younger than I am, especially in situations like that. But on this occasion an elderly lady stopped, smiled and asked if there was anything she could do to help me. She then said how she remembered how difficult it can be with two young children. I was absolutely fine, not far from home and wasn’t flustered at all, but it was just so lovely to have someone not be judgmental and to be kind, just because. When I told her I was okay, she smiled at me and told me I was doing a great job and carried on walking into town. It was such a small gesture, but unbelievably kind and it really made me smile for days after.”

Victoria “The security guard at the hospital wouldn’t let the Other Half pay for his car park ticket when he left at three in the morning when the little man was in there. Such a small thing, but after a day of tests and a week of no sleep it really did mean the world that someone cared” 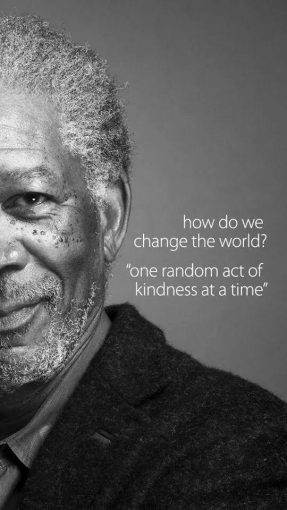 Rachel – “After a really trying day with my kids (when they were little) we’d stopped off to do some shopping on the way home. When we got back to the car, a man stopped to tell us that our car had a puncture. I’m totally impractical and was quite embarrassed that I didn’t know what to do. With no family nearby, I was really touched when he kindly offered to change it for me. It was starting to rain, he was with his girlfriend, and my kids were playing up. It really helped me out and I was so grateful. I don’t know how I would have got home otherwise.”

Ann “My son was having a meltdown just outside the school gate. A parent I’d never met, who I think was a year 6 parent as I’ve not since them again since offered to push the buggy with our little baby girl in while I carried our son to the car. I could have kissed her. If I met her again, I’d give her that kiss.”

Jo “I bought a scarf from eBay and the seller included a bar of chocolate when she sent it, “just because”. It was a really nice gesture.”

Ayse “ I was given a pair of leggings from a complete stranger after my little girl had an accident on the bus. I couldn’t believe it and was blown away… I even offered them money which they refused.”

Sara “ A passing by midwife saw me distressed in the street with my newborn baby. I was experiencing difficulties with breastfeeding and had come out of a breastfeeding cafe in tears. She took my details and then came around to my house later that day and supported me. My daughter breastfed for 11 months after that. (She also worked as a private midwife but didn’t charge us anything.) I will never ever forget her.”

I loved reading all of these stories and I think in a world where we see so much sadness and cruelty at the moment, it’s reassuring to know that there are still anonymous heroes amongst us and within us.

A random act of kindness means so much more than just doing a nice thing for someone. It tells the recipient that in that moment they are important. It doesn’t matter whether it’s a friend, loved one or a total stranger, in that moment you deserve their kindness. There and then, your self-worth is not defined by the number of likes you get on Instagram or the post shares you get on Facebook but by the thought of someone who deems you worthy of their time and attention in real life. I find kindness powerful, humbling and underrated.

Kindness is people reaching out to others and saying “I see you.”

Kindness is putting someone else before yourself and acknowledging them.

Kindness is saying “Keep going, It will be ok” 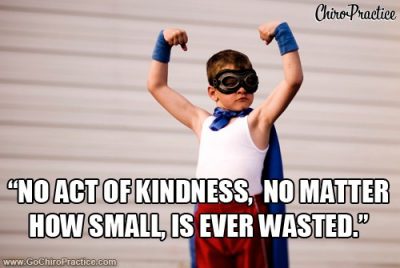