I met Andrew in 2011 when we were both single parents. Re-marriage was the last thing on either of our minds with two failed marriages behind us but slowly over time, we started to joke about the idea. One evening in 2014, I booked us into a restaurant using Andrews surname which is Lithuanian and he commented on how lovely it was to hear me check us in as a couple. We chatted about how long we had been with our previous partners for and on realising that 2024 would be the year that we had been with each other longer than anyone else Andrew declared that that would be the year we would be married! Hardly the proposal of the century but we both laughed and realised that being husband and wife was really important to us both (this was before we had drank the cocktails I must add!) 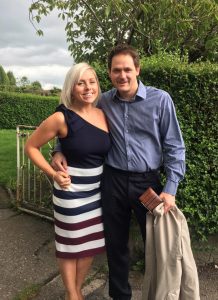 Our first marriages we both big affairs with the usual planning and expense of the first time (obviously hoping it would be the only time!) but we both agreed that second time around would be a much more relaxed occasion and more about us than anything else.

One of the options we are considering is a wedding abroad. That way we get to enjoy a beautiful location with a small group of the people who mean the world to us and stay on after the ceremony. A wedding and a honeymoon in one go sounds like a very appealing, relaxing option to us both!

We have travelled to some beautiful places but we are a couple who don’t really want to visit the same place twice so when we were discussing possible locations we were torn between Cuba and Thailand as we have never visited either location. 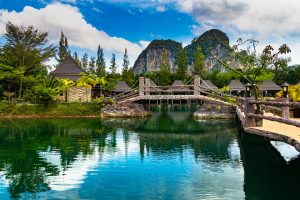 We almost visited Cuba back in 2014 but Mexico won in the end. We didn’t regret our choice but we have often talked about visiting Cuba in the future. What better reason to visit than to get married there? Plus, my most favourite cocktail in the world is a mojito and as they originate in Cuba, it seems like the perfect wedding toast for us (the kids can have a virgin version of course!)

On doing our research, we found that there can be lots of issues with actually getting married in Thailand but we love the culture and beauty of the country and agreed that it would be an amazing place to visit later on to renew our vows (another excuse for a great holiday sounds pretty good to me!)

Destination2 have these and more amazing destinations to check out and are running a fantastic competition here to win a honeymoon in Mauritius – how amazing would that be? Maybe I prefer Mauritius to Cuba now..oh I dont know. Back to the website to check them all out!