What non verbal means for us.

Recently one Sunday afternoon as I was cuddling my son on the sofa he asked “Jamas?” I said “No, you’re going to your Dads soon. You need to stay dressed” He repeated “Jamas” and then “Jamas pwease” (which I have to say melts my heart every time I hear it) I still said no and so he disappeared upstairs and came down with pyjama bottoms and a top which didn’t match, thrust them at me and said “on”. Needless to say, he went to his Dads in his pjs.

Reading that you would be forgiven for thinking that my son was a toddler, just mastering the basics of language in conversation. In fact, Harry is almost 13 and this is the most he has ever spoken. When people ask about his Autism I do explain that he is technically considered to be non-verbal but how can that be the case when we have verbal interactions like the one I have just described?

An article featured on a website called ‘very well’ which details lots of conditions explains the confusing nature of the ‘non verbal’ diagnosis fantastically well in their article ‘What is non verbal autism’ and so I would direct you there for a better technical understanding rather than just regurgitate a really great post.

However, it does explain that ‘non verbal’ can mean many different things for different people. It’s not simply a lack of words or intellect (in fact it’s rarely that)

This is what non verbal does and doesn’t mean for us.

When Harry and I meet someone I will say hi and then I will turn to Harry and say “Harry says hello”. Harry will then say “Harry says hello”. He doesn’t recognise that the only part he needs to repeat is the greeting and so whatever I say, he says (including the occasional swear word when I get road rage) Moving on… He also repeats phrases that he hears on his regular youtube videos. He will say in a great American accent “who will win? Toby or Viiiiictoooor” as his Thomas trains face each other to career into one another but if you were to ask him what was going on he wouldn’t be able to tell you. He is simply repeating a phrase that he has heard in the same context. He is replaying a moment and making it real for himself which I love.

He will choose a response when given options

As Harry comes home from school I take his coat off and ask “How was your day? Was it good or bad?” On those occasions he will reply “good”. I don’t think he has ever said “bad” which leads me to believe that he either really loves school (a strong possibility) or he is simply giving me the same answer each day to appease me. For lunch I will ask “Harry, do you want ham or chicken?” and he will reply, usually choosing ham. I may also ask whether he wants cheese with his ham but if I say “Harry do you want cheese too?” he won’t respond. If I ask “Cheese – yes or no?” he will usually tell me. More often than not he needs an option to facilitate a reply. Life is multiple choice to Harry. Good or bad, chicken or ham, bed or cuddles. No choice often means no response but given the right options he can make some decisions for himself. 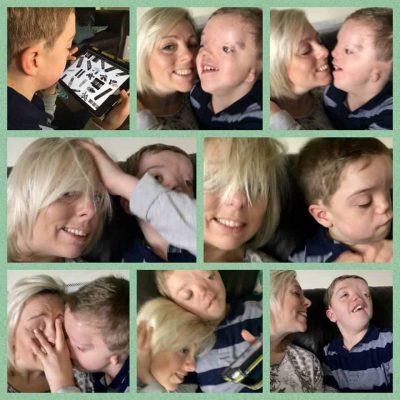 He will form associations

Harry knows quite a few words now, learnt through association and repetition. When he was younger it took quite a long time for him to create those cognitive links between the item and the word to describe it. As he has got older though he is learning them much quicker. For example, he will find a toy on YouTube that he likes and bring it to me pointing repeating “vtech?” until I tell him what it is. When I have done that he will hand me the iPad and repeat it back to me. His way of saying “Will you search for it for me please?”

He also knows that when he wants something, he needs to add please and when he is given something he has to say thank you. Simply through repetition over time. He may come to me and say “dyink” and I will say “What do we say?” and he will repeat “dyink pwease” (or tip the bottle of cordial into a glass neat / his head under the tap without me looking) When he asks for “discuits pwease” and I hand him the bowl I hold on to it until he says “Fank ooo”. Now, he knows to say please and thank you generally at the right times and has better manners than some neurotypical children I know.

What Harry doesn’t do is to initiate conversation unless it is to fulfil a need of his – a drink, bath, bed or a particular item (toy, remote control or a clock which is his current fascination). He doesn’t reply to conversation. After Harry repeats “Harry says hello” people will try to engage him in conversation by asking how he is. He won’t respond until I give him choices but I really love that people try and don’t just write him off because of a communication barrier.

He also doesn’t elaborate on a point. A good day is simply that. He doesn’t tell me who he has played with or what he has done at school or at his Dads when he’s not with me. When he cries in pain, he can’t tell me why or where its hurting. When his bottle lip drops and wobbles I am left guessing as to what troubles him. I have written before about how living with autism can be both magical but also hard and for me, the non verbal aspect of the condition is the hardest. 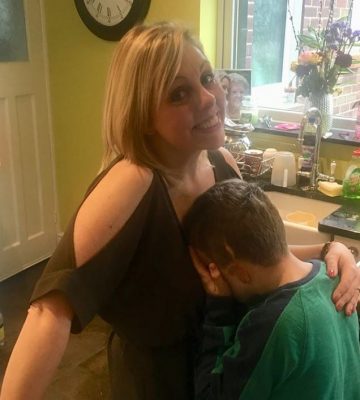 However, I do want to make one very important point. Just because Harry doesn’t explain himself in words doesn’t mean that he doesn’t understand what is being said to and around him. Expressive and receptive language are two very different things and whereas he struggles with the expression element, his understanding is great. He responds to tasks like “take your shoes off Harry” and “pass me the iPad please” in the same way that his twin brother does (albeit a little slower and with more prompting). When I tell him off (I know my readers who are madly in love with him will struggle to believe he’s ever naughty but trust me he can be a real monkey), he will be quiet for a while and then come to me for cuddles. His way of apologising.

For this reason, I never talk about him in front of him (for example in terms of upcoming operations or procedures) and I always ask his permission to discuss his medical history when people ask. I talk WITH Harry and never AT him which is something that even some people close to us struggle to understand at times. He may not be able to verbally contribute to a conversation but I do believe that he takes it all in and I would be a fool to underestimate my boy. When he puts his finger in the one ear he has and giggles while I’m talking to him, it’s pretty clear that he’s just as capable of demonstrating the selective hearing and talking of the teenager years that Oliver does.

I want to point out here that nowhere in this post have I used the word ‘cant’. Just because Harry doesn’t have the means to express himself now doesn’t mean he never will. The development of a child with special needs is often frustratingly unpredictable and wonderfully surprising. Some people use the term pre verbal instead of non verbal meaning that there’s a potential for the words to come. I like that a lot but I am so used to saying non verbal that I tend to use that more. It also means that when people do meet Harry they are surprised that he does have some words that he can use and he impresses them instantly. If working in sales taught me anything its to under promise and over deliver and my boy does that beautifully.

Finally, I want to point out that even though Harry doesn’t have the language to chat with me in the same way that his brother does, he still tells me things in his own way. Travelling to Alder Hey hospital a few years ago for an operation, he took my hand on the gear stick and squeezed it tightly, telling me that he was afraid. I cried and reassured him that I would be right by his side and that I wouldn’t let a single thing happen to him. When I tell him that I love him more than anything, he either ignores me or echoes it back. But then he will stroke my back, tell me its “soooooo nice” and call me a suitcase. I don’t know why but I do know that’s his way of telling me he loves me too.

Do I wish my son could talk to me like Oliver does? Yes, many many times I have wished that to be true but it doesn’t change things and often, resentment and anger only serve to block the wonderful things that are trying to find their way to you. Harrys life isn’t and should never be about him trying to fit into our world but us trying to assimilate with his and learn his language, however he chooses to share it.

Non verbal doesn’t mean no communication. It means listening with your heart and not just your ears. 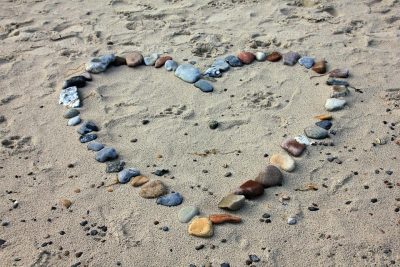