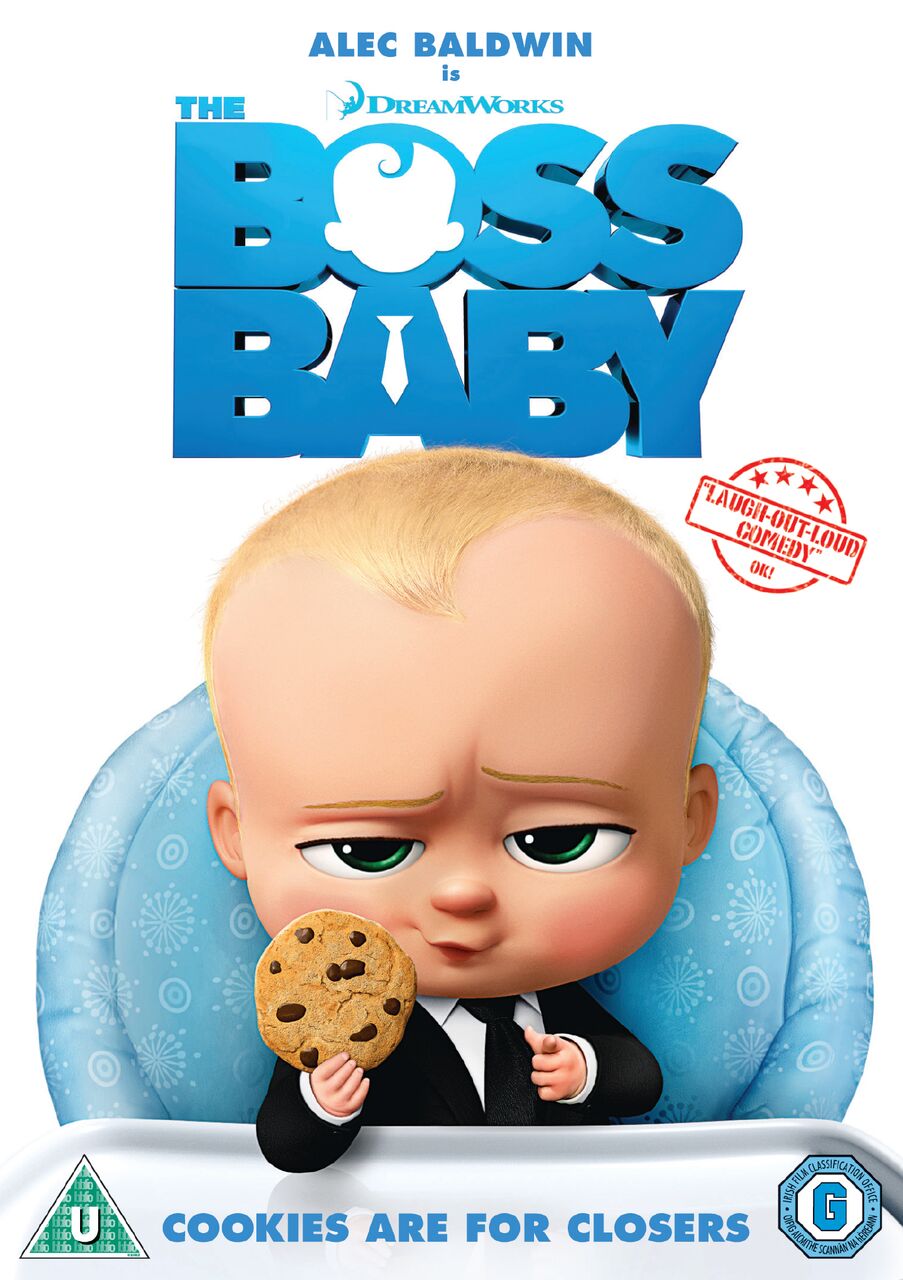 Movie night is a relatively new idea in our house. Once a month, technology goes off, the pop corn comes out, the curtains are drawn and we all settle down for a couple of hours of family viewing. This month’s film was The Boss Baby. Now I’m not going to lie, when I saw the trailer for the video I thought it just looked a bit daft and not really something that would grab me. I like a feel good animation with a hidden message and the trailer didn’t give me the impression that the film would deliver on that.

However, within a couple of minutes of watching the film I began to think that I might actually enjoy it.

Not to give too much away, the general idea of the story is this.

Babies are created in Baby Corp (makes for a much easier conversation than the birds and bees!) and when one baby doesn’t respond in the usual giggly manner to the ‘tickle test’ selection process he is allocated to management rather than a family. That baby is the Big Boss Baby.

Over time, the ‘staff’ at Baby Corp realise that people are beginning to love their puppies more than babies and the Big Boss Baby is given a mission to infiltrate the Templeton family where the parents are both key employees at Pet Corp. He needs to find out the secrets behind the new puppy launch and stop it from happening so that babies continue to get the majority of the love.  (Yes, I know, it sounded like a weak story line to me too but bare with me)

Tim Templeton is a very happy only child. He enjoys being a trio with his parents, adores the sweet routines they have created and the love that is showered on him daily as the centre of his parents’ world. The arrival of the Big Boss Baby changes all of that and Tim is understandably annoyed, overwhelmed and jealous of the time that his parents are now spending with his baby brother.

On discovering the Big Boss Baby’s true identity Tim tries in vain to reveal his secret but ultimately the pair realise that to get the result they both desire, they are going to need to work as a team and put their differences to one side.

The results are both hilarious and touching at times and the highs and lows of the relationship between them both is great to watch as it unfolds.

Although the storyline is both far fetched and unrealistic at times, its what DreamWorks do best and actually it just made me enjoy the madness even more.

The humour is dry and sarcastic which I love and Alec Baldwin is genius casting as the voice of the baby. His deep, authoritative tones are a total contrast to the squeaky high pitch you would expect and really help you to see the character as miniature boss.

My children absolutely loved it. There were plenty of hilarious moments that made us all laugh out loud and they really enjoyed the adventures of the unlikely duo through the film. For me, who is constantly looking for the moral message I found a couple.

Once someone touches your life, it will never be the same again.

Sometimes when you get what you want, you realise that its not actually what you imagined at all.

I loved the story line, the sarcastic one liners were just brilliant and the switch in perspective at the end wrapped the film up beautifully.

I wanted a feel good animation with a hidden message and that’s exactly what The Boss Baby delivers.

Disclaimer: I’ve been kindly sent this product in exchange for a review. All views expressed in this post are 100% mine and honest