Manchester make up masterclass – a review

On Sunday 23rd June I attended a Celebrity Make-Up Masterclass run in association with debenhams make up.

It was held at the Raddison Blu in Manchester which is a lovely hotel and the make up artist in the spot light was Amy of ‘Amys Make up Box’. Amy is a self taught make up artist who creates stunning looks both natural and dramatic and has amassed over 700,000 followers on her YouTube and Instagram channels combined.

I was excited to learn some tips on how to help me look more ‘natural beauty’ than ‘ infant who raided her Mothers make up bag’ and so I went along with a fellow blogger, Terri of The Strawberry Fountain. 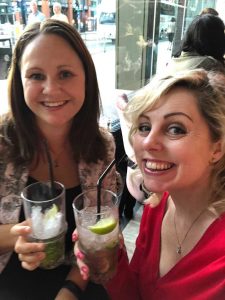 When we arrived there weren’t as many people as we had expected and I got the impression that Amy herself was disappointed. She did a fantastic job though throughout the day and completed a natural look before lunch. 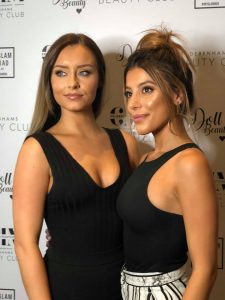 Talking of lunch, a lovely afternoon tea was included in the ticket price and refreshments were unlimited. I was super impressed with the hospitality. 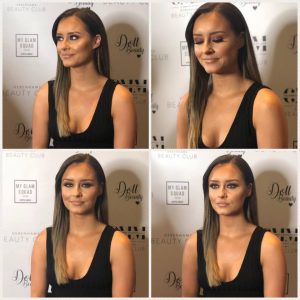 Before we left for the day we were given goody bags with various make up items such as make up brushes, eye lash sets, blusher sets, glitter pots and a £25 gift voucher for Debenhams as well which I will definitely be spending on new make up after seeing Amy work her magic on her model Rachel.

I think as a blogger, I took less away from the day than some of the make up artists who attended. I was chatting with one, Kelly, who had paid £80 for an hour with one trained MUA and £120 for an hour with another so she felt that £150 was good value for a full day with two looks and lunch. The technical language which was lost on me was frantically recorded in the notes on her phone and she said that she had enjoyed the day.

I know that debenhams run these days with other MUAs and based on Kellys feedback would say that trainee MUAs would probably enjoy the day (if you can grab a ticket with the BOGOF offer then all the better!) but I personally wouldn’t attend again as make up isn’t my niche (as you will tell from my photographs!)

Many thanks to Debenhams for the chance to go though, I did learn some bits, enjoyed the lunch and am looking forward to giving my make up bag a little revamp with the voucher!