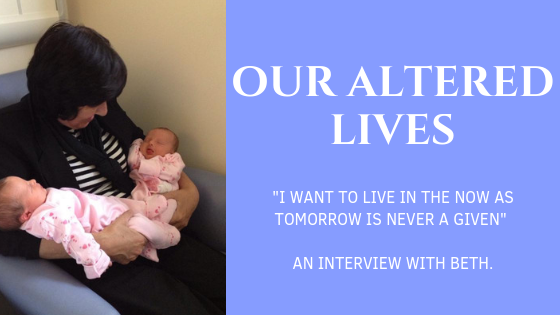 My name is Beth and I’m based in Shropshire near the Midlands where I live with my husband and three children.

Would you mind sharing the moment that your life changed forever?

We got married on 30th September 2012 and a few days later headed off on our honeymoon in paradise. It was the textbook honeymoon as a month after we had got married, I found out I was pregnant. Just before Christmas, we had our first scan and found out that our honeymoon baby was actually our honeymoon babies – we were expecting identical twins! I was due to have the girls on 7th June 2013 and when they were born safely and healthily, we headed home feeling on cloud nine. Marriage and babies – we could not have gotten any luckier if we had tried. But our dream year was quickly shaken. 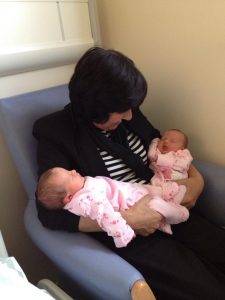 Three weeks after having my tiny newborn twins, my Mom was taken into hospital. Now my Mom is NEVER poorly. At 59, she was as fit as a fiddle and walked everywhere. She was my absolute rock and also looked after my then four year old Charlie when I was at work. To say she was the heart of the family is an understatement and I can’t begin to describe how close we were. We would speak to each other numerous times a day and I would see her pretty much every single day. We would do everything together and were so alike it was scary. She was just everything and her being in a hospital was such an alien feeling. She was the fixer, the one you went to to make everything OK – so she would sort this out, right? Wrong.
After a few days in hospital, she dropped the bombshell. She had cancer. Terminal cancer.

A huge sense of shock followed by utter disbelief. She wasn’t poorly! She didn’t seem ill so how were we being told she had terminal cancer. Unbeknown to me at the time, she was given six months to live but she never shared this with me, and I am so glad she didn’t. I convinced myself she would get better and that there would be a miracle. It was my Mom. My super strong, independent, headstrong stubborn Mom who was indestructible. She always makes things OK and she will sort this. This was the only way I could even start to comprehend this. Charlie was blissfully unaware of how poorly his Granny was and we kept it that way.

Do you remember any specific dark or brilliant moments on your journey?

We were told the day before New Year’s Eve that her three months of chemo and radiation had resulted in the tumour shrinking and we were all on such a high, only to be told six weeks later that there was nothing more that they could do. That was an incredibly dark moment as the dawning realisation that there wasn’t going to be a miracle. There was only one way this was going to end and it was now more of a case of when not if. On Easter Monday, nine months after her original diagnosis Mom took a turn for the worse and we spent six days not leaving her side as she passed away on Sunday 27th April 2014, with us all next to her.

What have you done to work your way through it all?

Death can really divide a family; I am so lucky that it really brought us all even closer together. My big sister was absolutely amazing, as was my husband during the incredibly bleak days. I think the first few months were just a numb haze; it was when the finality of it all hit me months later that was the hardest. The weeks after she died, I had endless streams of messages and people offering help – but when that fades after the funeral and you’re left to “move on” that is by far the hardest. I just had to dig deep, focus on the kids and take each day as it came- but it was hard and so very lonely.

Do you ever think about the life you had planned for before you lost your Mum?

Mom dying changed everything instantly. She was my sole provider of childcare for Charlie as I worked 5 days a week; she was also going to have the girls when I went back to work but as soon as we found out she was ill, we knew that this no longer was a viable option. Childcare is incredibly expensive, but for twins, plus an older sibling during holidays we knew it was going to be financially impossible, so three months into my maternity leave I opted for voluntary redundancy. I gave up the job I had worked at for nine years, and studied for a degree in as we knew there was no way I could return. I never intended to be a stay at home parent but we decided to take a leap of faith and luckily it had paid off. I started my blog, Twinderelmo, when the girls were four months old and five years later I am still tapping away. In the last few years, it has become my source of income and has given us so many opportunities as a family but this never would have happened if I hadn’t quit my job. I think I would still be struck in a 9-5pm five days a week, missing out on my children but this came at a heavy price with losing my beloved Mother.

How have you changed as a result of your experience?

Life really is so short and unpredictable. My Mom was just 59 when she died and it came out of the blue. Her health was never poor and we were all so shocked it happened when it did and how it did. It has made me completely re-evaluate my life and has made me live a far more impulsive, no regret type life. I want to live in the now as tomorrow is never a given. It too sadly has made me more paranoid about my own health to ensure I see my Grandchildren grow up. It’s been nearly 5 years since she passed away and life is so very different, but I have fully come to terms with the loss and while I never will be OK with it, I’ve accepted it. The big milestones no longer sting as they once did – it’s the little things, like a song she loved coming on the radio or a certain memory that we would laugh about – they are the ones that trigger the tsunami of emotions. 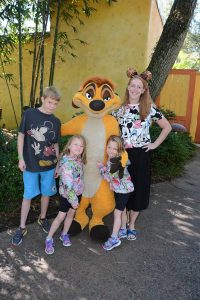 Just keep going. Cry. Scream. Shout. Get angry. Do whatever feels right. There’s no manual on this, nor is there a time frame where you will do this after 3 months, that after 6 months. People tell you all the time that time helps – it doesn’t. Nothing helps, but it gets different. A new different that you don’t want, but different gets easier. You laugh more than you cry. You look back and smile more than being angry. Life does move on and it makes your chest hurt to even begin to imagine a life without them – but there is. There has to be. 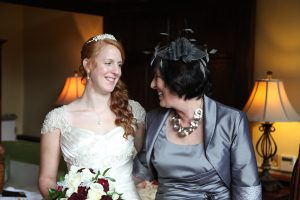 These are a couple of blogs she has written which I wanted to include with this interview. Please do contact Beth or talk to someone if anything in this article has affected you.

How do you cope with grief?

What I have learned since my Mother died.