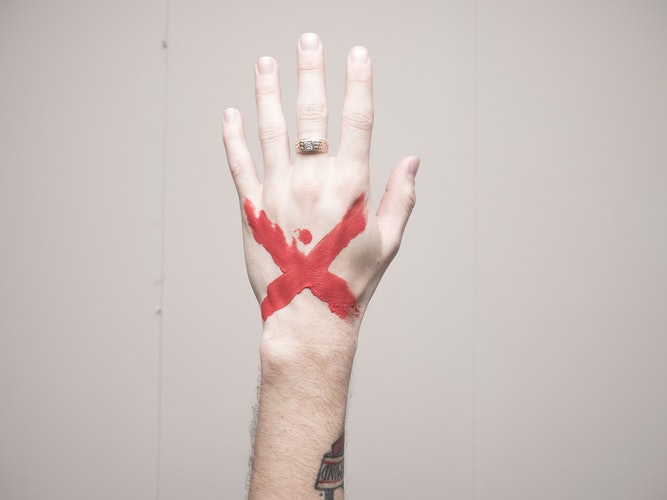 Going back as far as medieval times, left handedness was an undesirable and at times, feared quality. The website www.rightleftrightwrong gives some fascinating facts about left handedness through the years. It explains that left-handers were routinely accused of consorting with the devil and, during  the witch hunts of the 15th and 16th Century, left-handedness was sometimes considered sufficient to identify a woman as a witch, and to contribute to her subsequent condemnation and execution. 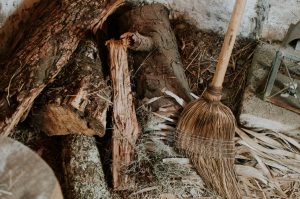 The influential 19th Century physician Cesare Lambroso, who identified various facial and racial characteristics with criminal traits, turned his attention to handedness at the end of the century and he identified left-handedness as a mark of pathological behaviour, savagery and criminality. It was not until Paul Broca’s discoveries about the lateralization of the brain in the 1860s that scientific interest in handedness began, and some simplistic studies were carried out towards the end of the 19th Century.

However, discriminatory practices and attitudes against left-handers persisted well into the 20th Century with psychoanalyst Abram Blau suggesting that left-handedness was the result of emotional negativism. He claimed that left handed adults became stubborn, rebellious, rigid and (for some reason) obsessed with cleanliness. Around the same time, the influential British educational psychologist Cyril Burt was also describing left-handers as “stubborn and willful” as well as “awkward” and “clumsy”.

It was only in the Post-War years, under the influence of John Dewy’s progressive education movement, that a certain amount of tolerance for individual differences and non-conformity developed. But, even then, indeed as late as the 1960s and 1970s, Catholic school teachers in particular routinely inflicted corporal punishment and psychological pressure on left-handed students. Some eastern European countries made right-handed writing compulsory in school and in Albania, left-handedness was actually declared illegal and was punishable as a crime!

Even today, where we consider ourselves to be more open minded, parents and teachers may encourage children to use their right hand more, maybe as a way to help them in a world which is primarily designed for light handed living and its not uncommon to hear left handed people referred to as ‘cack handed’ so we still have some way to go in terms of accepting left handedness. 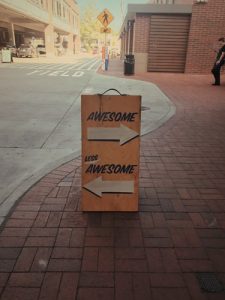 As a ‘righty’. I had no real concept of what ‘right handed living’ meant but my son Oliver is left handed and as he’s grown I have thought about it more (sword fights with the inner tubes of baking foil are hard when you both face each other using the same hand!) So, in aid of Left hander awareness day, I asked a few ‘leftys’ for the their take on the things that make life a little harder for them in a world that doesnt factor their left handedness into it .

Alice ~ Card machines are always on the right at the self service checkouts which is annoying if I’m trying to wrestle a toddler and tap my card at the same time ? It’s no big deal though, you get used to everything like that.

Suzy ~ My bank actually provide me with left hand cheque books. It’s nail scissors that I struggle with. But I guess if I looked harder they probably exist. Eating dinner sat on the wrong side of a rightie can also be a challenge at times

Mary ~ I’m a 50 year old leftie with an 8 year old leftie son. It’s a different world for lefties these days. Left handed scissors are a revelation for me, as are left handed pencil sharpeners. I can only use certain types of can openers and potato peelers. When I was at school we had to use fountain pens which are a nightmare for leftie because you smudge everything. I guess it’s the same for my son with white boards and markers – smudge city. There so much more tolerance these days. When I was growing up my PE teacher refused to teach me tennis because I played with the wrong hand. My best friend was forced to write with her right hand. That would hopefully never happen now.  I’ve found trying to learn to knit or crochet impossible but generally, I think things are fairly easy for us lefties these days

Abi ~ At the bank the pen is always on the right side (and screwed down so you can’t move it!) Also whenever my shopping is delivered, I’m always given the signing pen in my right hand. Little things like that which aren’t a huge deal, I really notice being a leftie. My son is 3 and it looks like he is going to be left handed. My mum was trying to show him how to hit a ball with a rounders bat at the weekend and everyone was laughing at him as he couldn’t do it (just in a friendly way) until I said she was teaching him to hit it right handed! So she tried to do it left handed and found it really hard – made them feel bad for laughing at him!

Sam ~ The fridge is designed to be opened across your body with a right hand. Sometimes its weird with your left hand. Try it! 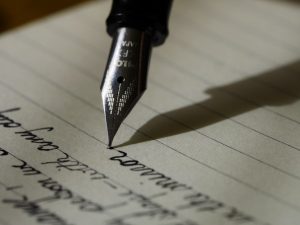 Emma ~ Both my brother and I are lefties (with right handed parents!). We didn’t find it too hard, for me the only issue was trying to use left handed pens and scissors which I can’t do. Right handed scissors and pens all the way for me. And then in sports lessons for anything racket or throwing when you needed to line up and show the action. It was strange always having to face the other way. I remember my mum once trying to find the left handed shop in London to show us, but we never found it. Nowadays the awkward thing is cutting bread because sharp knives always have the serrations on the wrong side.And my work computer mouse always confuses people because I seem to be the only leftie who switches the buttons round on it to be left handed rather than just moving it to the left hand side.

Shân ~ Right handed scissors, right handed lecture tables in university, so I physically couldn’t write on them and had to buy a clipboard, and stupid things like always trying to open jars the wrong way, have you ever tried to open a can left handed with a can opener? Yeah that!  Incidentally I went to primary school in the early eighties and they tried to train the left handed-ness out of me. 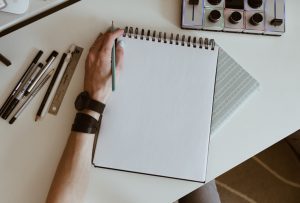 But its not all bad…

Debbie ~ I love the left-handed collegiate. When you sit down with someone and you click that you’re both left-handed, there’s a survival bond. It’s not a big thing in daily life (apart from when people think you can’t write with a fountain can without smudging- you so can!). I read Steven Pinker’s ‘The Language Instinct’ at uni (too many years ago) which explained that lefties are more likely to survive a stroke as we use the brain’s hemispheres equally. So, I think I’m winning.

It seems that I may have a few things to purchase for Oliver as he becomes more domesticated around the house (I can live in hope) but I do love that all of the lefties who commented were proud of their lefthandedness and I’m pretty sure that only a couple of them are witches!