Katie Price: Harvey and Me. A Mother’s thoughts 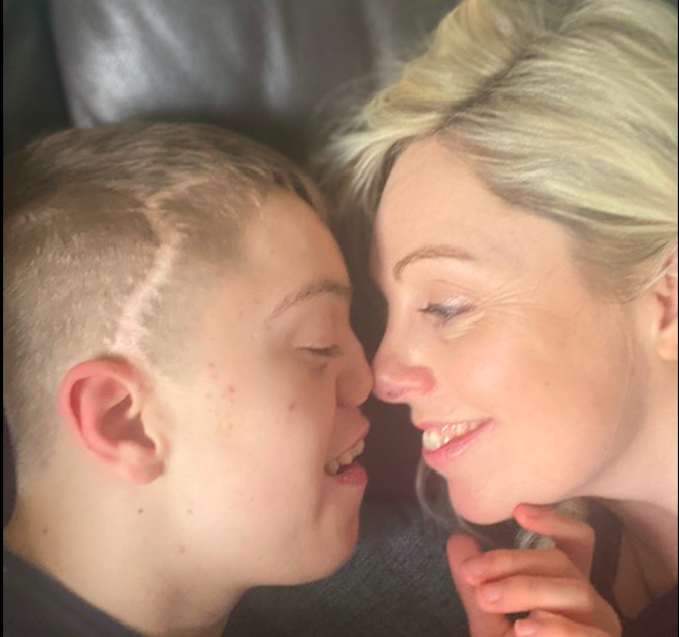 The British public met Katie Price back in 1996 as her glamour model alter ego ‘Jordan’ and since this time she has gained a following of both fans and critics. However, love her or loathe her there is no doubt about the devotion she has for her first child Harvey.

A recent documentary Katie Price: Harvey and Me follows Katie’s thoughts and actions as her son, born with a variety of complex health conditions including Autism, turns 18 and enters the world of adulthood as a cognitively functioning child of around 7. 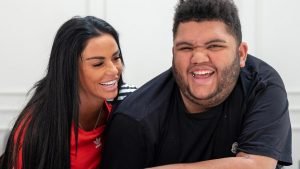 I watched with a vested interest. My own son Harry is also severely autistic and while he turns 16 this year, he functions around 4 years old. I know that I’ll be faced all too soon with many of the decisions that Katie has right now I was keen to see how it all unfolded.

What struck me the most was, despite our differences in location, lifestyle, finances and general life circumstances, so much of what she did, said and felt resonated massively with me and no doubt, other parents in similar situations.

There was a moment early on when Katie said “it’s about Harvey but I don’t like that detachment” as she wrestled with the knowledge that her son would be leaving her for residential college. It was clear that she wanted to find provision close by so that she could still see him often and that the reality that, to receive the best care, Harvey might have to live miles away was really hard for Katie.

I get it. I often talk about Harrys need for independence, about how much I want him to be able to thrive without me but at the same time I wonder if I will ever be ready to facilitate that.

Like Katie is with Harvey I take care of all of Harrys educational, care and medical needs; the appointments, the plans, the decisions. They are all mine and have become the fabric of my identity as Harrys mum. On one hand I wonder how anyone will ever know and love my boy in the way that I do. On another hand, I wonder how I will cope when my role is redundant, and we are separated. 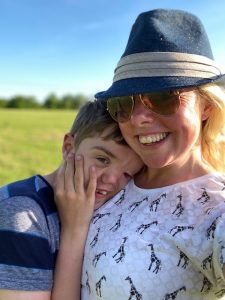 The love of a parent and their child when additional needs are involved is complex and deep. I could see it in Katie. The way she spoke to Harvey in their own special way, the way she stroked his arm and face absentmindedly all the time, the tone and warmth of her voice as she kissed him and said, “I love you sooomuch” It all choked me up.

Remember that feeling of having a newborn, pouring yourself into their little image, breathing them deep into your lungs and feeling completely consumed by the responsibility and love of being the one person in the world that they needed the most? That never leaves when your child has additional needs. In many ways, for me certainly, it has intensified as I have realised that the world we live in isn’t equipped or prepared for my son.

I know him. I accept him. I want only the best for him. And as a result, it means that I worry that he will never get the same love and care from anyone else in the world. Although, in my more rational moments I remind myself that the teaching staff who have worked with my boy since he was 3 years old know and love him like family, because they WANT to and never just because they have to. When I am reminded about the people who love my boy through choice and not just duty I am reassured.

But that’s still a long way from being resigned to the fact that I will one day have to allow him to live without me.

And yet I have to because one day I will die.

Even seeing it in black and white is hard and I don’t know one parent of a child with additional needs who isn’t crushed by this truth. Anna Kennedy OBE who was featured in the documentary as a friend and advisor to Katie has two sons both with Autism. She became really emotional as she said “When I am dead and gone, I need to know that they are going to be alright.” and again, it choked me up.

So many viewers will have missed the moment that Katie, chatting with other parents whose children have additional needs said “He’s always asking where I am if I’m away and that’s why I say those horrible words “I wish he would go before me”” but I heard it and I felt it.

Just one day. No parent has the desire for their child to die. And yet, if I am to live until I am 95, I would want my son to pass away on the day before me. So that I know he won’t struggle without me. I know its selfish, but I am not sure I could bear it to leave him behind without me. Would he pine for me or would he forget me altogether? I don’t want either.

And so, the only way to ensure that I can feel at peace, leaving my son when I have to, is to find him a placement in which he is happy, loved and thriving. Where he doesn’t need me anymore *gulp*

The documentary followed Katie as she visited a couple of settings. The first, as much as Katie acknowledged the students were happy and the facilities great, wasn’t right for Harvey. He became distressed and I could hear the panic and protectiveness and Katie tried to get him away from the setting and potential more distress for him.

Anna Kennedy had warned Katie of the possible horrific consequences of a placement breakdown at which point the local authority could, in the worse case scenario, section her son and admit him to an Assessment and Treatment Unit (ATU). Katie met a parent who had lived through this nightmare and read stories of families separated for years on end as their children were treated worse than criminals in prison. It was sickening and terrifying and another reminder of how vulnerable our children are in a broken system that often punishes rather than supports them.

The second college that Katie and Harvey visited was two hours away and didn’t start well and yet ended with Katie applying for a placement there after the staff, the facilities and the feel of the campus won both Katie and more importantly Harvey who was beaming and loving his visit (I’m not crying – you’re crying) over. He was clearly enjoying himself, happy and calm. All the things that we want for our children in their life.

In talking with another parent, Jeanette who was a little further ahead in the journey with her son Zack, Katie asked how college had helped him. Jeanette explained that he was more independent, was happier chatting to other people and had ‘found himself’ more. She said “I see how far he’s come and how well he’s going to do” I heard that with my ears and felt it with my heart. The anguish and doubt that consumes me now, and no doubt did for Jeanette at one time, replaced by a confidence and certainty that her son would be fine in his future, a future without her.

She said “I see how far he’s come and how well he’s going to do” I heard that with my ears and felt it with my heart. Click To Tweet

The documentary ended with a happier Katie. A more hopeful mum that her son would have the life he deserves and a focus on helping him to build his independence and life skills as she prepares him, and herself, for the future.

“As much as you smother your kids and you want them with you all the time” Katie said, “sometimes you have to let them go. Give them that bit of space to let them explore.”

I’m not there yet but I feel more confident that I am a bit closer than I was and in our world, little steps are the ones that make the biggest difference.

If you enjoyed this blog you may also enjoy…

Three reasons why I cant die.

A financial plan for my son (part 3)

Dear Harry, when the time comes, its OK to forget me