How to have fun at the circus! 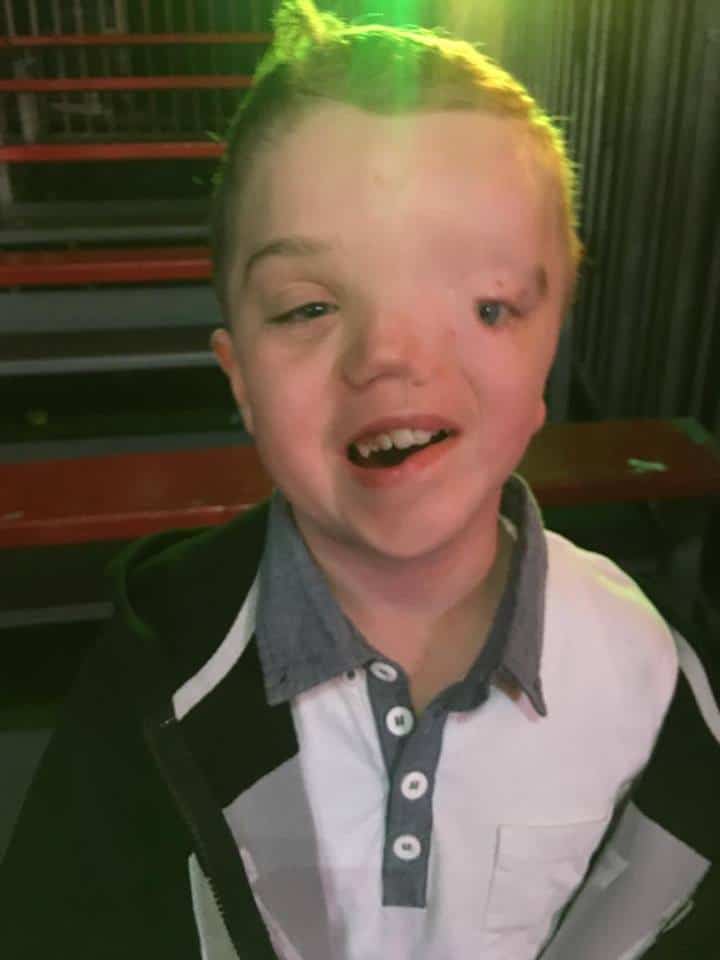 A week or so after I had set up our Facebook page for Our Altered Life I was contacted by Rachel from a company called Circus Starr who asked if I would be interested in some tickets to see their circus performance. Obviously, I was really pleased to have been considered and I knew that it would be a fun family day out so I gratefully accepted her offer and we looked forward to it.

We went along last weekend and I have to say that it was fab! As we sat down, the lady sitting behind us tapped my shoulder. As I turned around, she said hi to Harry! How did she know him? Was she an Instagram follower? Facebook supporter? Had she seen us in the local paper? I was intrigued. It turns out that she works at his school and was recently blown away by his performance of twinkle twinkle. Albeit less glamorous than I had imagined, my heart still melted to think of my little man amazing his peers and staff with his usual casual brilliance. It was great to see so many people at the event!

Circus -Starr have spent almost 30 years raising much needed funds for local charities and providing entertainment for vulnerable, disadvantaged and disabled children and their families. In doing so, they have created an atmosphere where melt downs are understood and hyperactivity is encouraged (and that’s just the parents!)

The production itself was great, so much so that I forgot to take a single photograph through the first half. I swear that it was a total coincidence that I remembered just at the point where the Kenyan male acrobats brought their bare chests out for some impressive mid-air demonstrations of awesome core strength! Andrew wasn’t convinced but he did agree that they were brilliant so I was soon forgiven. The female aerial acrobat and contortionist were also breath taking! I’d like it noted at this point that I did not question Andrews wide eyes and agape mouth at the sight of the bendy lycra lovelies! (Although I might not have taken quite as many photographs). I have realised that any act which involves taking both feet of the ground, with minimal equipment and no safety net, gets my seal of approval.

The beauty of a happy Harry

Harrys act of choice was the heavy rhythmic beats of the African music and the reaction from the crowd. He ‘feeds’ off the energy around him. It was brilliant not to have to worry about the fact that he was up on his feet, bouncing and squealing with delight. Usually, I would be pulling him down onto my knee so as not to disturb the people behind us so it was strangely liberating not to have that pressure and to be able to watch him enjoy himself without social restraints or judgement. I think, seeing Harry enjoy himself so much, I learned that the key to having fun at these events is simply that. Have fun and don’t worry about what everyone else is thinking! All life is too short and ours is way too precious to waste it on anything other than the moments that make us smile.

A moment of freedom.

Its hard to explain to the parents who roll their eyes or “tut” loudly when our children are expressing themselves in their own way just how much our children need the space to do that. I would love them to see, just for a moment, how hard it is for parents like me to try to please everyone – conforming to the ‘norm’, trying to encourage our children to fit in when they were born to stand out as well as making sure that our children are as happy as possible. As well as the great production that Circus Starr create I do hope they realise how much they help to make that happen and how much its appreciated. We all had a great time and for the first time, my step children and fiancé were included in some of the promotional photographs we agreed to have taken. This pleased my step-daughter no end while my step-son was more interested in getting back to Pokemon with Oliver!

Many thanks Circus Starr. You helped us to create another fantastic memory as a family and I know you’ll continue to do so for thousands of other parents. I’m off now to buy some lycra and practice my stretches. Disclaimer: This post is not a review. It is a knowledge share of an amazing company that offers equally amazing support to families in our situation. If writing this post helps even one other family to spend a day of freedom and fun like we did then I’m happy to have dedicated time to write it. All opinions are my own but the photographs are the right of Circus Starr