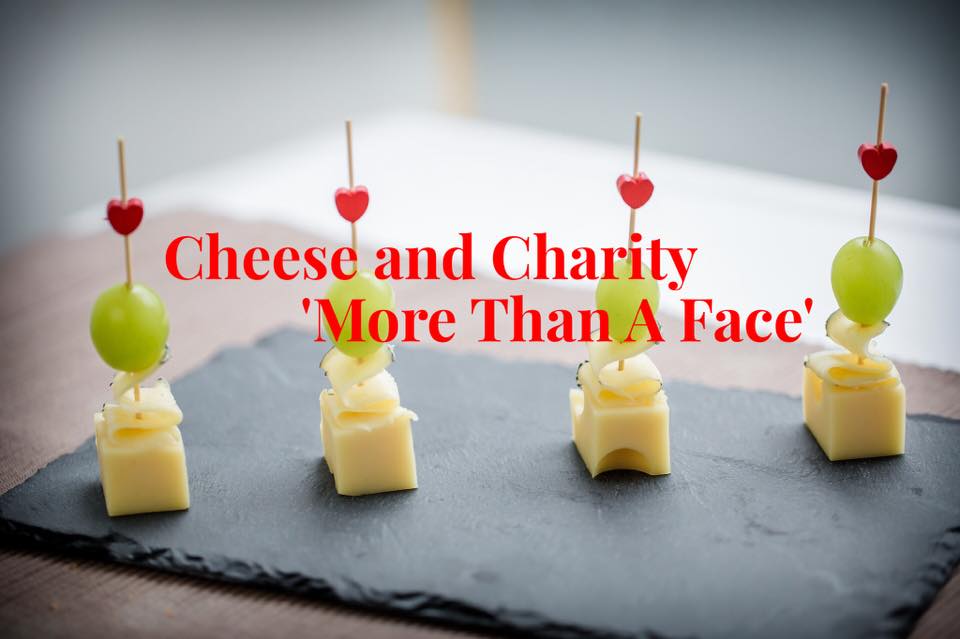 I have spent over nine years writing the story of my journey as a mum plunged into the world of facial disfigurement and special needs when one of my twins was born with Goldenhar syndrome (essentially only half of his face developed).

In May 2017 I started blogging about the continuation of our journey after the writing bug grabbed me once the book was ready for publication (shameless plug for the book here. Read the fantastic reviews!)

I absolutely love reaching others and allowing an insight into a world they may otherwise never know. But I wanted to do more. No doubt I will blog about the charity in more detail but for now I will say that More Than A Face is my attempt to educate the next generation. To raise awareness and acceptance of facial disfigurement and encourage them to judge others on WHO they are and not just what they look like.

Establishing the charity has been challenging to say the least and the charity commission have said that I can call myself a charity without registration or regulation up to £5000. Now it might just be me but I think it’s ludicrous that someone can be accepting donations from friends, family and the general public and NOT using it for the cause they are claiming. I am sure the vast majority of people would be fair and honest but I also know that a system like that lends itself easily to the people who would play on the kind nature of others and have a couple of foreign holidays that they may otherwise not be able to afford.

To do this, I needed £5000 of donations or pledges and so the fundraising began.

Everyone who knows me, knows that cheese is up there with the boys for things I love the most and so it made sense that I would host a cheese and charity night. Initially I asked on Facebook which of my friends would be interested in an evening of sampling cheese and having a drink or three. Once it was clear that enough people were interested, I confirmed the date of 15th November and began contacting cheese companies to ask for donations. I have to say being ignored by some of the companies for whom I have been a loyal cheese fan for many years is the equivalent to finding out that your favourite celebrity kills kittens for fun. Its crushing (ok, over dramatic but disappointing to say the least)

Thankfully, many companies were only to willing to help. I contacted Orsom cheese after falling in love with their strong Winston cheddar at the Nantwich cheese-fest (also known as the Nantwich country show but I only went for the cheese) and they were incredibly generous with their donation of Winston, blue, Lester and smoked cheddar. The Cheshire cheese company donated a truckle of whiskey and ginger, caramelised onion & rioja, smoked tomato and garlic and vintage gold. I also purchased a truckle of Black Bob after a few people asked if it would be making an appearance. Finally, Glebe Farm asked me to pay cost for the cheeses they ordered in – strawberry and champagne stilton, white stilton, mushroom & garlic, wensleydale and cranberry and toffee cheddar. I had contacted all of my local supermarkets but the only one to respond was Sainsburys and they kindly gave me a £20 git voucher which I used to buy some lovely prosecco for my guests. I also spoke with a few local companies and sorted raffle prizes from dimensions leisure centre, the Talbot Inn, Amanda florist as well as items that had been donated from others and bought by me for the occasion (my review of the Asda cheese advent calendar is coming up)!

What had originally started as a small get together of cheese lovers in my kitchen was rapidly growing into a pretty big event and as soon as numbers hit 25 and I began to wonder how many I could fit into my kitchen I decided to move venue. A local pub, The Biddulph Arms offered the use of their family room which helped me massively.

I wanted the night to be good fun but with a purpose and so I designed a review sheet for each of the cheeses to be rated out of ten on taste, texture and smell (total out of 30). Each guest was greeted with a glass of prosecco and their review sheet. I hoped they would enjoy the process but totally underestimated how much fun they would have in debating and deliberating the best and worst and the selection. The feedback was great and I was thrilled that the people who had turned out to support me were enjoying their night! The raffle went well and once the main prizes were gone, I raffled off any unopened cheese we had left and sold open blocks for donations.

I had hoped to raise £250 on the night but was astounded to total up (with the help of my glamorous assistant Carol, my friends mum who took charge of the raffle for me) that we had actually managed to raise £416!! Forty-eight friends and twenty-eight types of cheese is clearly a fantastic recipe for a very productive night!

Analysing the results took longer than I expected but Andrew is a big fan of excel and so I left him to do his wizardry and before long I had a list of winners. So, without further ado, here is the top 10 (in reverse order) Fantastic feedback and although they didn’t make the top 10, notable mentions have to be given to Glebe Farms’ Sticky toffee cheddar which had fans waiting to buy the left overs and the white stilton, mushroom & garlic which sounded like it really shouldn’t work but absolutely did!

It was a fantastic night and I was thrilled not only to have raised so much towards my target but that everyone enjoyed the evening and even requested another review night (I’m thinking gin?)

I honestly don’t know how people organise big charity events as the next day I felt like I’d been hit by a cheddar cheese lorry and hilariously, Andrew called me on the school run to let me know we had no cheese in the house so I had to go and buy some but it was worth every minute!

My fund raising mission, and love of cheese continues and I want to say a huge thank you to everyone who came to support me, to the companies who donated cheese and raffle prizes, to the Biddulph arms and to everyone who continues to donate to the fund to help me teach others that a person is so much More Than a Face.