Beating anxiety – one school trip at a time 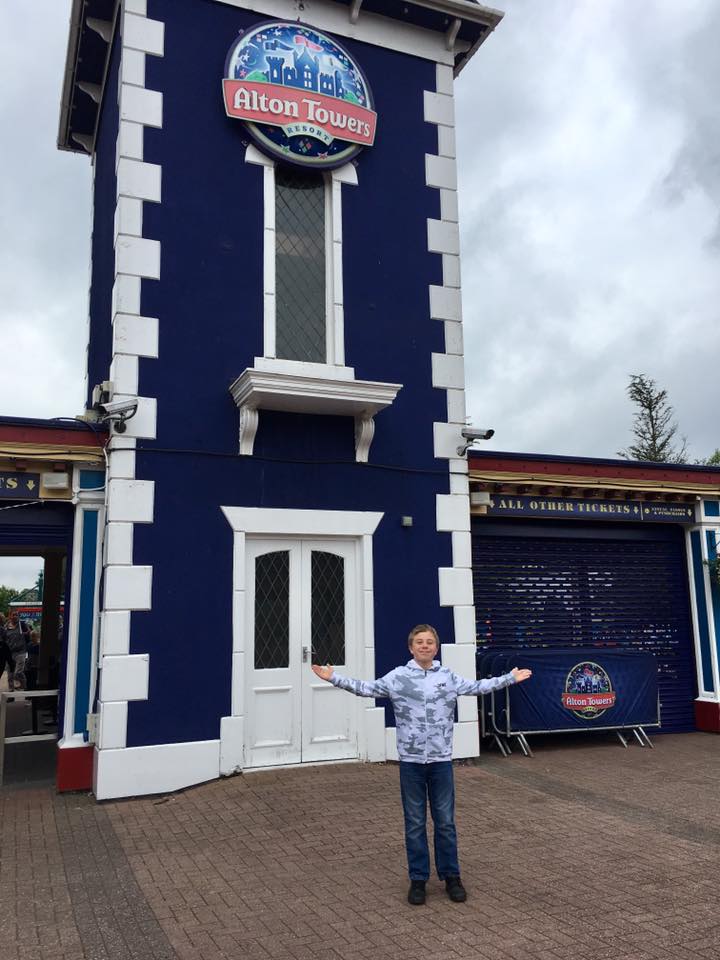 Oliver and I argued recently. We never argue really, we discuss everything before it gets to that point but one morning on the school run I blew up. I have talked before about Oliver’s battle with anxiety and because of his fears he was flat refusing to go on his annual reward school trip to Alton Towers. I explained that I didn’t want him living a shadow of a life because he was gripped by this fear. He said no. I told him that I would do absolutely anything to get him on that trip – I would go with him, I would go separately and sit in the park (out of view of the friends who may mock him), I offered to dress as a bloody chicken and follow his group undercover! He said no. I shouted that he wasn’t even trying. He shouted that I didn’t have any idea how he felt to be so scared all the time and so sad that it stopped him doing things that other children enjoyed. Then we were both quiet. I apologised and explained that I have spent years watching my brother battle with anxiety and not live the life he deserves. I can’t watch my son go through the same thing. Oliver nodded quietly. I suggested that I travel to Alton Towers at lunchtime on the day of the trip and bring him home if he was finding the day too tough. He liked the idea of this but as I dropped my boy off with his eyes red from crying, I knew I needed to do more.

So, I started to plan.

I spoke to Oliver’s head of year and asked if he could have the telephone number of the school mobile she would be carrying with her. She offered to call him every half hour if he needed her to. I spoke with his Dad and we agreed that he would take a small back pack with a portable phone charger so that he didn’t panic if his phone lost charge. But there must be something more. Then I had one of those eureka moments that you hope and pray will be the solution. Our Visit to Alton Towers

I called Alton Towers and explained our predicament. I assured the customer services team that I wasn’t simply looking to blag two free tickets into the park but that my son really needed to see the vast space he feared before he went there with school. So, a couple of weeks before the end of term, I took Oliver out of school an hour early and we headed to the amusement park for the last hour. There, we bumped into a lovely Alton Towers employee who saw us taking a selfie and offered to take the photograph for us. I explained why we were there and as luck would have it, she told us that she was the education officer for the park and gave Oliver her personal phone number for him to call her on the day of the visit if he needed to. I have never seen relief wash over a person’s face like it did for my boy in that moment and I was so grateful to her. I like to think that my grandparents orchestrated that chance meeting for us.

In the park, we were given a site map. As orienteering is not a skill that children today are familiar with, I encouraged Oliver to guide us around, noticing landmarks as we walked. We also counted the red jackets that we had been told to look out for as these were the staff who would help visitors if they needed it. In just a couple of minutes we had seen seven. This was reassuring. It wasn’t quite as reassuring to see that two carts of visitors were stuck mid-air on the broken down Smiler but I tried (and failed) to brush that off as a one off and hoped that it wouldn’t be Oliver’s lasting memory of the brief visit. As we left I told him to write what he could remember into the notes of his phone. After a while of him typing I asked what else he was writing and he said “just a note to myself”. I left it there.

On July 21st Oliver went on his school trip. He took the battery charging unit and felt confident navigating his way around the park. When he lost his map, he was even calm enough to download a map onto his phone.

I nervously waited for a phone call from him or his head of year but by lunch time I’d not heard from either of them.  I decided not to call him and risk reminding him of his anxiety if he was, as I hoped, distracted by having fun. Around 4pm I text to see if he was on his way home and asked how the day had been. Seeing the words “It’s been awesome” appear on my phone gave me goose bumps. Anxiety has the power to cripple a person and reduce the roar of life to a whisper. I will always do everything in my power to ensure that Oliver is roaring through life and reading that text, I knew that he was already one small step closer.

He came home full of tales of the day. The queues had been horrendous so, much to Oliver’s delight, he and a few friends who he confided in about his anxiety (another huge step as they haven’t known much until then) didn’t manage to go on many of the rides. But they had enjoyed the day and Oliver held my hand when he came home and thanked me for everything. Those are the moments that make all the worry and stress worthwhile. He told me that the night before his trip he had re-read the note he had written to himself as we left our brief visit to Alton towers and for the first time he showed it to me “Don’t be sad. You will overcome this. Just be brave.” Being brave at Alton Towers

Since the trip, Oliver has agreed to go back to Alton Towers and also to Drayton Manor park as part of a smaller group with the young carers association. My work here is far from done but this is progress and I am proud. So proud. Oliver is beating his anxiety – one trip at a time, and I didn’t have to dress up as a chicken once!! Just brilliant.