Autism, Love & Life ~ An Interview with a Step-Dad 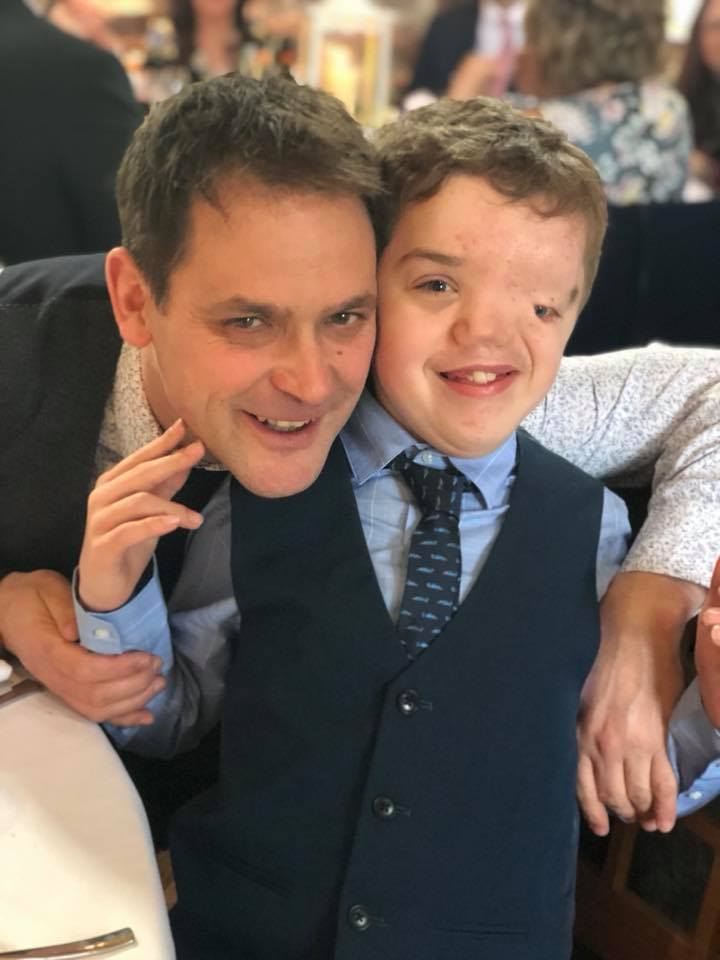 I was thinking today about the many ways that autism is both a welcome and annoying part of the family. I have written before about the reasons that autism is both magical and hard but its always been from my own perspective. For a change, I wanted to have someone else’s opinion of our alternative life. Oliver was my first choice but he was engrossed on his iPhone playing his latest game. Andrew asked what I was doing and so I started telling him about wanting another perspective. Before we knew it, I was interviewing him from the shower as he sat on the loo (lid down ~ yes, I know we’re weird but you should know that by now) and I jumped out telling him to “hold that thought” before getting dried off and sitting behind the laptop as we chatted. This is the result…

What did you think when you found out about Harry?

It meant nothing really. I’d never met a child with any disabilities so I’d got no idea how life was different so I went it to the relationship blind – regarding Harry, not you. Every woman’s hard work. *Andrew’s sense of humour here people – pass me the gin*

And do you remember the first time you saw him?

No. I don’t remember feeling startled so I mustn’t have. I just wondered what his abilities were and what we would or wouldn’t be able to do. I just saw a little boy and you have to admit he was damn cute!

True. How much did you know about autism before you met us?

Not a lot really. I still don’t think I know much. You tell me bits but it goes in one ear and comes out the other.

Don’t you feel like you need to know about it?

Because I think I’m doing ok just as we are

In all ways, me and Harry get on really well, I understand what he likes and doesn’t like. I don’t need to know about autism I just need to know Harry *my heart melted at this point* 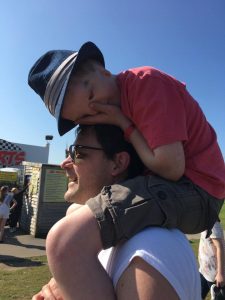 So how is Harry different to your own children?

Oh bloody hell! *laughs* I don’t see him as loads different. He still wants company and seeks help. He wants all the things that any child wants. – love and fun. Its just a lot harder to do it, well…*thinks* yeah, it is harder, there’s no getting away from that and I don’t mean it in a nasty way.

So how is it harder?

The lack of ability for us to communicate with each other is hard. I don’t know if I’m doing things exactly how he wants me to because he can’t tell me, although he does show us. The difficulty is knowing if you are showing him love in the right way for him.  Harrison needs to hear lots of reassurance whereas B needs cuddles and is more tactile. Oliver wants someone to listen to him and give him feedback. They’re all unique and Harry is no different. I just wonder if I am meeting his needs so I have to do all of them with Harry which can be exhausting. *Quickly adds* but I don’t mind. 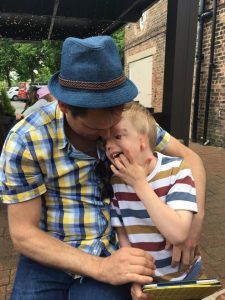 What do you think about his meltdowns?

I shit myself at first, I kid you not. It scared me for him and for you. I remember when you had to reverse in the car and he went berserk kicking the back of your seat and screaming. He was hurting himself and he was hurting you and it scared me. When he did a runner at your nans 90th I was shocked at how fast he was and I understood then how you could never relax really when we were out. I think it was the first time I saw the effect it had on Oliver too which wasn’t nice to see. That was a big eye opener for me.

Has Harry taught you anything?

Loads! One thing is the phrase looks are deceiving – because he’s one crafty, clever, independent little boy. I’ve said it for years, he’s a complete boy. He’s ‘all there’ he just functions on a different level, or plane however you say it. He pops back to us when he wants something or to be with us. I think he’s lucky in some ways.

In that he doesn’t feel jealous or angry or any of the other things that our bog standard kids feel. 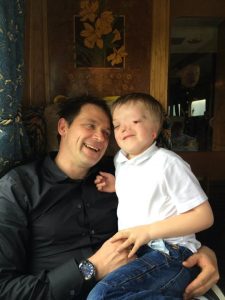 I know you always talk about our future including Harry but at what point did it dawn on you that it would always be us three?

It was either his first or second development spike (*that’s how I explain to Andrew the burst of progress he makes after plateauing for a while*) I think I expected that he would carry on ageing and developing just at a slower rate than the others so one day he’d think and act like an 18 year old even though he might be 30. When I realised that he would never really be an 18 year old and that he’d always need us, I just accepted it.  I guess that’s when I thought that God had given me what I had always wanted.

What’s that, an eternal child? *running joke because he likes to keep his children as children for as long as possible*

Yeah, he’s always going to be our boy and I love him.

*Something in my eye, hang on *

If you could go back in time what would you want someone to tell you about entering into a relationship with me and autism?

I wouldn’t want anyone to tell me anything

It might have stopped me from entering the relationship if people told me all the negative stuff. Some days at the start it was like “oh my god”

He was more aggressive with himself and frustrated. I didn’t know him well enough at the beginning to know how to help him or you so I had to learn fast and it was a bit overwhelming sometimes. Plus,  we are restricted sometimes with what we can do so I had to think differently when we were all together than I do when its just me and my brats (term of affection) but what he brings to the family far outweighs the issues. 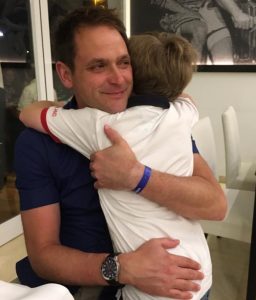 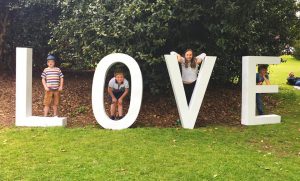 My kids have definitely learned so much from loving him without a shadow of a doubt. With Harry, we are never ever going to stop learning. He’s developing and changing all the time. Like the other day when you reversed and I said you couldn’t have done that a couple of years ago without him getting really distressed. Reversing doesn’t scare him now but going off track when we do the walk does. In years he might like going off track but it will be something else that throws him. Its going to be a very interesting life for us all.

Does that scare you?

Of course it does. What scares me most is the pressure on us as a couple. There’s no pressure on Harry but we have a big responsibility for him. We’ll be older parents’ still with a dependent and that’s a lot to think about. Modern society doesn’t help

What do you mean?

The other kids will probably be with us for a lot longer too. Years ago they’d have a home of their own by about 25. Now, we’ll probably have all 4 with us until they’re in their 30s and that in itself is going to be hard.

Thanks for loving us. We’re a complicated bunch – Harry with his autism, Oliver with his anxiety, me with, well…just me.

I know, you’re the hardest one.

Any advice you would give to men at the start of a relationship like ours?

*Long pause. Really long. I wonder if he even heard me*

No, its the heart that will do it. If I’d have thought about it I may have ran off and never discovered how much I could love you all. I fell in love with you and that meant I was able to cope with the kids and that’s hard enough anyway. Being a step parent – you know that! Its hard for any families that meet each other and have to parent each others kids but I think we are an amazing team and I love being a six. 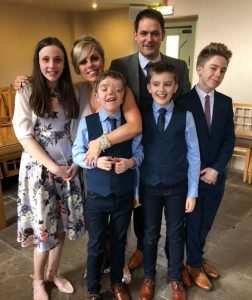