7 things I never thought I’d say as a mum 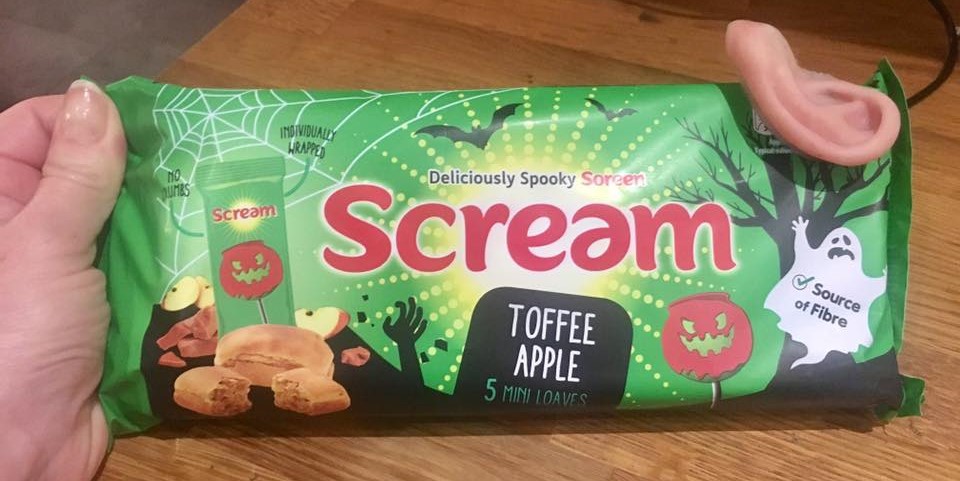 Before you became a parent, how did you visualise your role? Did you see yourself as the fun mum/dad or did you see yourself as firm but fair? And at what point did you hear yourself turning into your own parents by echoing the words they’d muttered to you in the past (if it’s not happened yet, trust me it will!) There’s definitely a moment in parenting where you hear yourself and think “Oh crap, I’ve turned into my mum /dad”. For me, its phrases like ‘if you don’t love yourself, no one else will’ ‘nothing lasts forever’ and ‘if you find your presents you don’t get them!’ (me and my siblings went on an annual festive scavenger hunt)

I guess I always knew it would happen but there are some things that I could never have imagined uttering when I was pregnant.

I was totally stunned beyond words to discover that one of my twin boys, Harry had been born with a very rare cranio-facial condition called Goldenhar syndrome. This meant that he had no eye, eye socket, ear, nostril and a short jaw. He’s also autistic and non-verbal. I am very open about my struggles to cope through the early months (shameless plug for my book here which has fantastic reviews) but over time I have found strength in humour to cope with our adventures including the prosthesis which medical science have created for my gorgeous boy.

“Harry come here, I need to put your eye in”

He’s very tolerant of me messing with his eye socket but some days he just wants to be left alone (understandably). Cut to me chasing Harry round the house (benny hill music playing in my head!) until I get him and distract him with tickles and kisses to pop the eye in. Read my blog on the adventures we have had with his prosthetic eye for more giggles.

This was a conversation I had on the telephone to a teacher at Harrys school when his eye was coming out. The woman serving me in the butchers was speechless! I laughed for ages and remembering her expression still tickles me now, years later. More recently school sent a note home just to let me know “Harry’s eye came out today but we put it back in” As you do!

“Have you seen Harry’s ear? I think I’ve lost it” There are various stages in ear reconstruction and the incredible ear that Harry wears now is attached by a strong adhesive and removed daily. Recently I lost it from on the kitchen worktop and ended up asking my mum, partner and the children if they’d seen his ear. Not his phone or planner or school tie like we hunt for the rest of the kids. His ear! As if that conversation wasn’t bizarre enough, mums reply of “have you checked the dogs bed in case he’s chewed it?” left me amused and mortified at the same time. In case you’re wondering, I did find it. It was stuck to some snack bars that my mum had brought round at Halloween which I’d put into the cupboard. Seriously, you couldn’t make this stuff up! Yes, you heard correctly. The undressing instructions include “take your trousers off, pants off, lets take your top off, vest off, ear off!” I say it and then I think ‘I’ve just told my son to take his ear off’ How many other parents have that one on the list?

“Eat your toast and then we’ll put your ear on”

Most of the time I feel like a ‘normal’ family. Then I catch myself saying this. Hands up, who else says this as part of their morning routine? Just me then? Haha!

A couple of the things I’ve said haven’t been about Harrys prosthesis but his autism.

“Show the doctor your tail and then toys r us”

This one was pure bribery. Harry was hospital phobic for a long time after some very invasive operations so we treated him to a visit to toys r us as reward for his patience and bravery. He soon cottoned on and instead of dreading hospital, when I told him we had an appointment he would say “yeay! Toys r us!” (insert hands over face emoji) On one occasion he needed to be checked by the paediatrician after some trouble with his water works. He was understandably reluctant so his Dad and I exchanged ‘the look’ and I said “Harry, show the doctor your tail and then toys r us”. He whipped his bits out quicker than you could say “juvenile flasher” and the appointment was over in no time.

“Harry touches everyone he meets”

I say this one every time I describe my boy and every time I hear myself saying it I think ‘that sounds so wrong!!’  Just to confirm, when I am telling people that my boy touches everyone he meets I do mean on an emotional level and not physically. I’m not raising a tail flashing deviant. And yet I continue to say it because it’s true. For as different as he looks (that brings its own challenges but I cope with the trolls in my own way) and considering he doesn’t initiate or join in with conversation, everyone who meets him falls in love with him. There’s no better way to explain the superpower he has other than saying he really does touch everyone (my brain said it again – wrong Charlene, just wrong!)

So there you have it. The list is not exhaustive and I have no doubt that I’ll be adding to it through the years but as ever, I’ll be laughing as we go because life is too short to be taken too seriously and I am teaching my boys that whatever life throws your way, endure or enjoy it while you can because ‘nothing lasts forever’. Thanks mum.