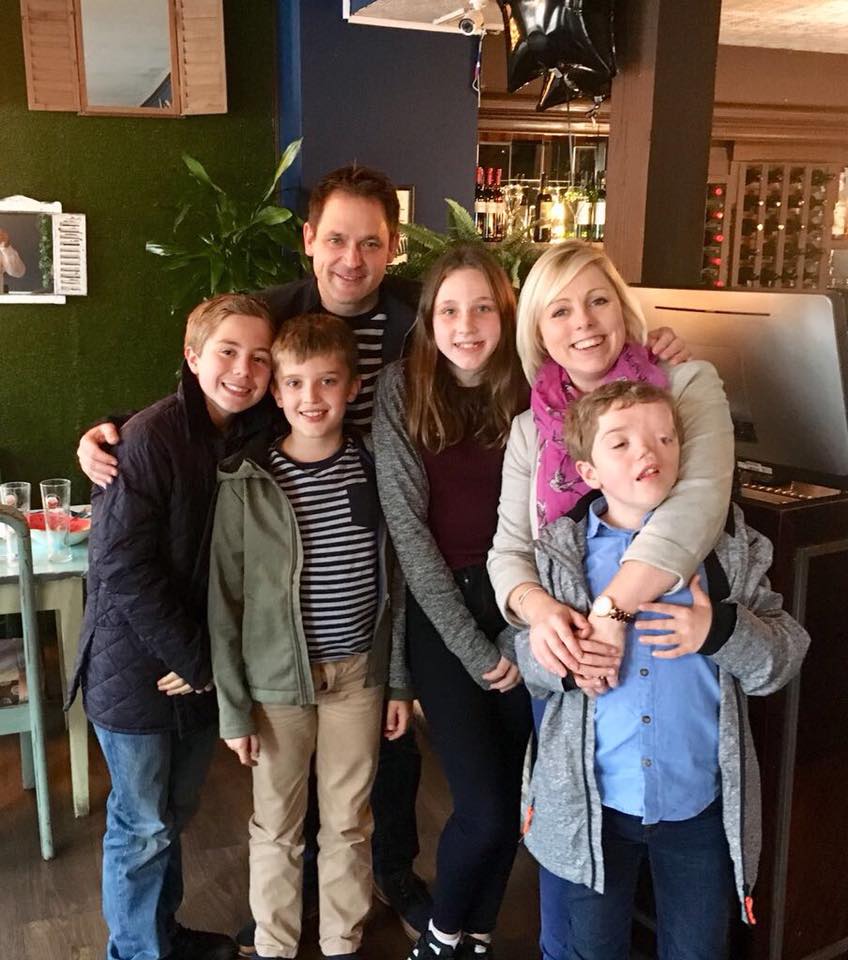 After Mark and I separated I became a single mum. Similarly, when Andrew separated from his wife he became a single father of two. Each of us had our distinct little units. When Andrew and I decided that we wanted to build a future together and introduced our children to each other, our threes became a six. What did that make us ? We didn’t quite feel like a family yet and to say we were one almost betrayed the parents our children were simultaneously missing while enjoying time with us. Over the years I have heard our situation referred to in many ways. Andrew uses the term mixed family but that suggests race to me and although he has Lithuania heritage and the wandering soul of a gypsy I don’t think that’s enough to class us as a racially diverse unit.  My best friend Caroline (in a similar position to me) calls it a pot noodle family which always makes me laugh and in many ways represents the tangled craziness of our family which always tastes so good when you know it looks like it really shouldn’t . But my favourite term is blended family. We are each our own people but we function as a couple, as a three, as a four at times and as a six.  Whatever we look like together it works and we all compliment each other to make a beautiful image without overpowering or smudging any of the others. Please don’t mistake my pride for smugness when I say that we’ve got it right. It hasn’t happened overnight and it’s definitely been a learning curve but here’s what I know has helped over the last six and half years.

Give each family space and time.

We are very fortunate that we each have our own homes (Andrews mum left hers to him after she passed away) so some times, when Andrew has his children he stays at the house with them. This also means that I get my boys to myself. Each trio gets undivided time with each other and space to be heard and talk (six is a lot of voices). It also means that the children aren’t living under each other’s feet and as their height, attitudes and personalities grow I know that that space will be invaluable. Now, I know that not everyone is fortunate enough to have a home each but my point is that each family needs to ensure that there is still time spent as the original unit. This could be a monthly movie night, a weekly dinner at grandmas, a Tuesday night pizza at the local pub, a night in a tent in the garden. It doesn’t have to be expensive or anything as big as a weekend away but I would say that it needs to be regular and consistent. I will also say of course that it’s absolutely essential to still do things as a family unit and create a relationship together between initial strangers but I think our routine of having time with our children alone has helped us all. Our children love being together and often ask when they’ll be seeing each other next and they still get uninterrupted precious time with their parent. And actually it’s good for me and Andrew as a little distance (albeit it only 8 miles) means we have more to chat about and the sex is always fab (kids if you’re reading this in the future, I’m sorry!) 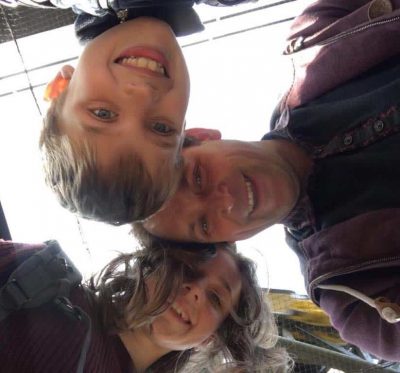 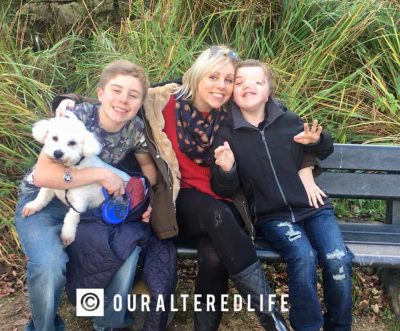 Be objective and fair with discipline.

Now this is where I got it wrong at the beginning. Andrew won’t mind me saying that he was incredibly precious about his children in the early days and I felt that to be telling them off would jeopardise a relationship that I was really enjoying. So, if I heard raised voices or tension between the children then it would be my first reaction to talk to / shout at (I’m cringing writing that) Oliver before even finding out what had gone on. Oliver knows my expectations and so it was easier to hold him accountable but in time it meant that he was angry with me and sometimes resented the step siblings he was bonding with. It took my then 10 year old son to point it out to me which was both painful and embarrassing. I know I’m not on my own with this one though having spoken with other parents which is a small comfort! Equally, don’t lose sight of the fact that children are little people too and prone to the same personality quirks as us.  If there’s a disagreement in the camp it’s more than likely because of the dynamics of the group rather than one particular child. No child is a complete angel (no, not even yours. Sorry to hit you with that truth bomb) Try not to take sides (unless its blatantly obvious that one person is to blame and then deal with whoever needs it). In the end it helps no one and teaches the children nothing about negotiation or resolution.  I now go into the rare but natural arguments that a family will experience with military precision. Assess the situation. Deal with casualties and administer punishment. Get the hell out.

Set the expectations and boundaries

Some of the rules that have naturally found their way into our family; No technology at the dinner table. We always sit at the table to eat (although we do have the occasional pizza night picnic in the lounge). We have a round up of everybody’s day ~ Oliver started this and was met with groans and rolling eyes. Now it’s something we all look forward to and sometimes the children even argue over who gets to go first! The children ask before they leave the table and we all sit together until everyone has finished eating. Kisses as each child arrives in the house and kisses before they leave. Rock Paper Scissors to be on dog poo duty when we walk the dog (if you’ve done it twice on the trot then your excluded from the selection next time). Knocking on each other’s bedroom doors before going in (super important as we have two children hitting *whispers* puberty). I’m sure there are more things that we do but don’t even notice but generally we run an organised ship. (Note here. If you think I’m an anally retentive, OCD perfectionist let me assure you that my house looks like a bomb site and the car keys are often found amongst the pasta, down the sofa or anywhere else entirely unhelpful) 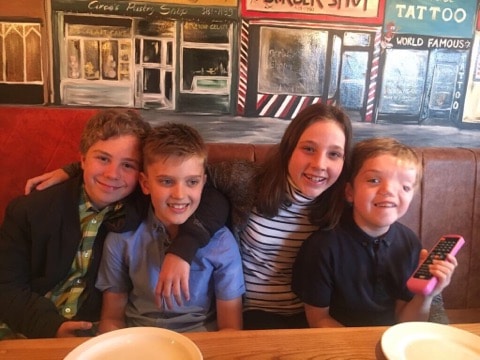 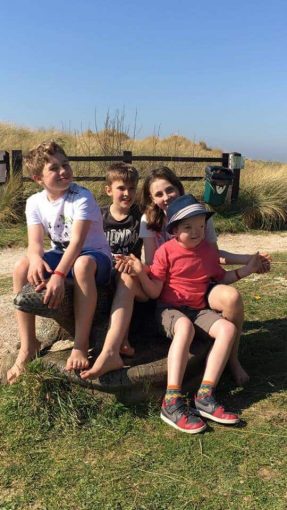 Our blended family is ageing and with that comes the usual surge in hormones and struggles to assert themselves within the group. Recently, we sensed that there was tension between the children and some bickering had began. Andrew and I chatted and I delivered my motivational / pre-warning speech in the lounge one Saturday morning. I told the children how proud we were of them and how much we loved seeing them growing up now. But I explained the tension we were sensing and that, we were being vigilant for any issues. If hot headed arguments occurred then privileges would be removed. iPad. Football. Horse riding. (Harry wasn’t included in the conversation as he mainly exists in his own bubble and had taken the opportunity to raid the biscuit barrel). I explained that we weren’t meaning to be horrid but, that it was only fair to let them know what they were risking if they threw their weight around. I reminded them that Andrew was the parent likely to talk them through the issues. I on the other hand am zero tolerance and said that I’d blown the spot, deal the punishment and now they knew why.  They laughed at my honest comparison and agreed saying that it was  fair. The tension soon ebbed away (mainly because they now disperse to different rooms for half and hour but if that’s how they cope then that’s ok. It’s better than conflict)

We are clear as a family about what we will and will not tolerate and it serves us well. Maybe that’s the teacher in me but children need and respect boundaries. Fact.

Talk to each other. Communication is key.

It’s so hard parenting your own children let alone someone else’s. There are days when we can both pull our hair out with challenges with our own or each other’s children but if two broken marriages have taught us anything it’s that talking is crucial. Communication is the cement in the wall of our family. Sometimes we don’t always like what we hear but we are always happy to accept that each other’s opinions matter enough to listen with an open mind. Often we agree. Sometimes we agree to disagree but any discussions we have are out of ear shot of the children giving us the freedom to be completely frank. We know what each of us will tolerate and we decide together on a plan of attack for dealing both with our own feelings and those of the children. Nothing is more important to us than making sure our children know that they are adored and valued by us but equally, our children need to know that we love each other too and we are a team. The only way to ensure that happens is to talk honestly, openly and in private.

Get to know each child separately

As our children have grown it’s been lovely watching their personalities and individuality develop. As much as I think it’s important to spend time both together as a unit and apart we have also found a benefit in spending some time with each other’s children on our own. I have taken Andrews daughter shopping and for girly pamper sessions (after checking with her mum. I’ve always made it clear that I’m not trying to replace her and am no threat to the mum she already loves). There have been weekends when my children have been with their dad but Andrew has worked and so his children have come to have the morning with me before my boys arrived back. Andrew has had cinema dates with Oliver and was the one who popped Olivers subway cherry (I’ve never seen a child so excited about a foot long!) He also was chief babysitter while I was working a lot building my network marketing business and spent a lot of time with my boys, Pokémon go, vetch toys and Thomas the tank. We have invested our time ( so much more important than investing money) in getting to know the children we have thrown together into the pot noodle mix and so far (touches wood) it’s been a fantastic few years. 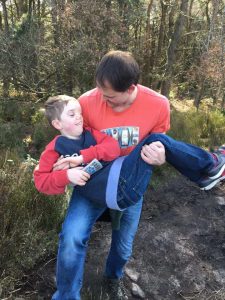 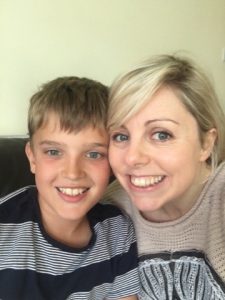 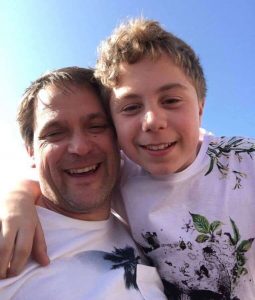 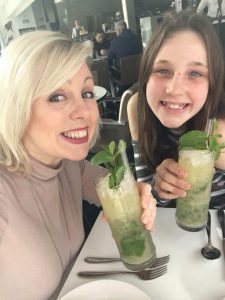 Now, I know that these things may not always work with our children and certainly won’t work for every family but I love reading other people’s accounts of their life as a blended family. Someone else’s simple tip can be a lightbulb moment for you so I’m hoping that today’s blog hasn’t come across as patronising or braggy but more just gives an idea of a few ways that one family are adapting to life as a mixed, pot noodle, blended bunch. 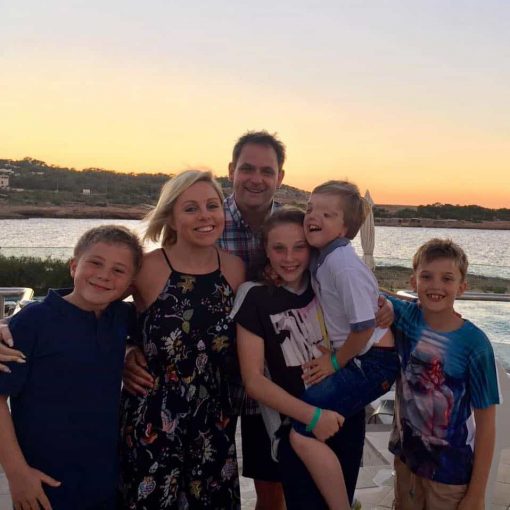