40 things we never knew about being a parent

I was thrilled to discover that I was pregnant, stunned to find out that I was carrying twins, then thrilled again. This parenting malarkey is a roller coaster from the minute you pee on ‘the stick of wonder’ and you see the result. 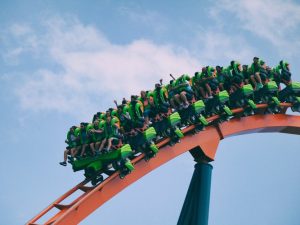 So many people try to prepare you for parenthood with their anecdotal stories, top tips and the lessons from the mistakes they made themselves. Whilst it’s great to hear it all, it’s also a bit overwhelming at times. Particularly as it seems that the more the bump grows, the less efficient the brain cells are (or that could just be me!) But no one can prepare you fully for what lies ahead. There are so many trials to overcome and triumphs to enjoy that it’s almost impossible to warn explain it all to expectant parents!

My sister got married recently and I know she will be thinking of a family soon. 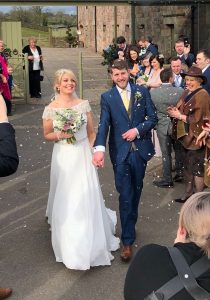 My stunning sister and lovely new brother in law

I was wondering what I could tell her to prepare her for such a life changing event and yet all I could think of was “I never knew that babies could make khaki poo that would smell like death!” so I turned to the blogging community for their advice. As you will read, theirs was equally profound (with a few gems thrown in for good measure)

We never knew that…

Amy said that coughing/laughing/jumping would be a risky endeavour forever more!

Vikki and Helen agreed – That I would never get to use the toilet in peace again. Ever.

Natalie ~ Quite how much wine I would need to drink! 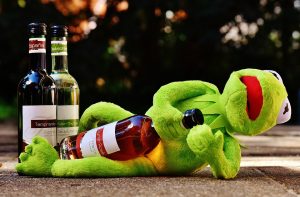 Lucy ~ That the baby falling peacefully asleep on me guarantees that my phone is on low battery, my drink is nearly empty and the remote control is just out of reach!

Emma ~ That 7am will become a lie in!

Nicole ~ That you will feel guilty practically ALL the time! Whether you go back to work or are a SAHM; whether you co-sleep or Cry It Out; when you give them nuggets two days in a row; when you let them watch an extra hour of TV so you can have a lie-in… the mumguilt sucks!

Nicola Wiggins How lonely it could be. I always imagined it would open up loads more friendship circles but in reality I just felt so isolated. I thought the lack of sleep would be the hardest part. I had no clue.

Deb ~  At 3am, putting a towel over a wet patch for your child to sleep on rather than stripping a bed will somehow seem acceptable.

That life would revolve around bodily functions

Raimy Greenland That I would spend approximately 85% of my time with my toddler talking about bodily functions. She even named her poos! (does anyone else want to know what she calls them? Just me then. Ok, moving on…) 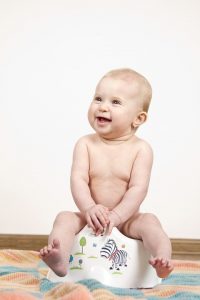 Miriam ~ That you would actually want to kiss someone who just vomited, pooed and peed all over you!

Ayse ~ How acceptable it was to sniff a bum in public. (just to clarify, she does mean the bum of a baby, not a waiter in Costa!)

Banana poo had a strong presence in the comments with not one but two parents being traumatised (if I don’t remember this does it mean I never fed my boys bananas or I have just blocked it from my memory?) Frances and Terri agree that life would have been easier if at some point someone had mentioned that when you feed your kid banana their poo comes out looking like they have worms. Oh my life!

Lyndsay-Rose ~ That battling with a mini toddler version of myself on a daily basis over why to wear a coat/socks/shoes is essential to leaving the house.

Hayley  ~ That kids don’t take ‘no’ for an answer! My eldest will keep asking and asking if he wants something, and drives me barmy and then he’ll go and ask daddy!

Clare  ~  That “why” is the most annoying word in the dictionary!!! 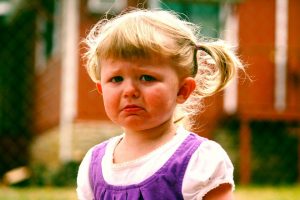 Geraldine ~  that you will learn how to referee as soon as you’ve more than one child .

Leigh ~ The terrible twos don’t stop when they turn three!

Victoria ~ That they turn into the most difficult and frustrating two and three year olds who test your sanity every day!

That bathing your new born for the first time would be terrifying – testing the water, is there enough / too much, will they slither out of my hands like a bar of soap? 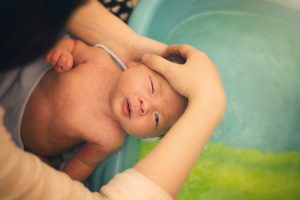 Gemma ~ That I am completely freaked out my nits / headlice! I can cope with being weed, pooed and vomited on, but those critters are just too much (If you’re not scratching your head by now did you even read that sentence??)

Eileen ~  That cutting babies fingernails would be so terrifying

Sara-Jayne ~ Two things, that I’d hear my own mom’s voice coming out of my mouth sooner or later. Also, that I’d be constantly worried about my own mortality – firstly whether they were going to finish me off with lack of sleep and constant talking at me or that something awful would happen to me and I wouldn’t be there to take care of them and see them grow up. That keeps me awake at night even though they all sleep now!

The funny side of parenting

The last time I ever showered with my toddler he shouted “Ow” and I said “what’s the matter?” to which he replied “You got me with your spiky fairy!” (Anon to save the dignity of the fairy)

Beth ~  I was never told just how kids say things so bluntly and honest out LOUD… in public. The most embarrassing things too.

AS Clare can testify ~ when in Morrisons one day I needed the toilet – I quietly said to my youngest ‘come on sweetheart, let’s hurry up, mummy needs to go to the toilet’ cue little one shouting at a man in our way with his trolley “excuse me man, mind out – we don’t want mummy to do a wee in her knickers do we” followed swiftly in the same toilet experience by asking loudly in the cubicle ” mummy….why do ladies have fur on their bottoms?” – I’m surprised I’m still parenting! 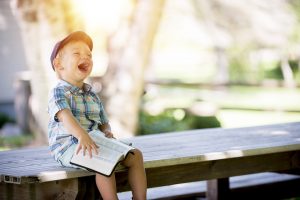 If youre tempted to stop reading at this point and dash out for durex, hold fire for a minute because its not all bad. Theres also the wonderful side of parenting…

Lisa ~ That nothing can prepare you for when they’re getting ready to leave home for university ?   (Mama of two girls aged 14 and almost 18 years old)

Jo ~ That it’s the most frustrating, tiring, enjoyable, crazy thing you’ll ever do in your life! And for every bad moment, there’s 10 great moments to outweigh it

Nicola ~ The fact that they have made my life so much more meaningful and enjoyable. I didn’t think it was possible to love two small humans so much

Polly ~ That each and every stage in your child’s development could bring so much new joy, as well as the frustrations that everyone talks about.

And I’m ending on Clare’s comment because it made me do that lovely furrowed brow, awww face when I read it because it reminded me that parenting is a gift that many take for granted but one which we all do appreciate (even if it’s mainly when our mini torturers are asleep!)

Clare ~ I have two adopted children, we had to do a four day parenting course to help prepare us for everything. They couldn’t prepare us for the overwhelming feelings of being privileged and lucky enough to be parents to two such amazing little human beings, 8 years later and I still feel it everyday !

I’ll be sure to pass this blog on to my sister when the time is right, and I’ll be sure to warn her about the banana (that ones is still freaking me out!)