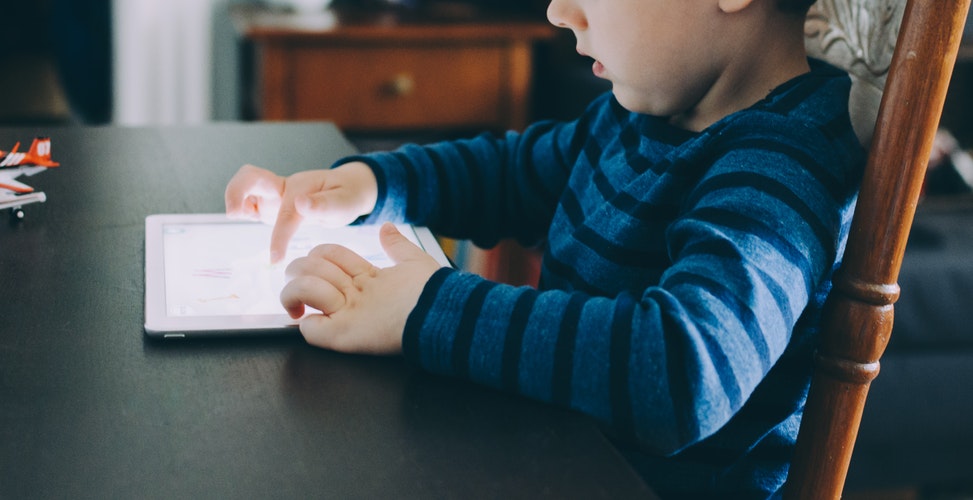 Years ago, whilst medical practitioners were well trained in the art of diagnosing and treating conditions they were less concerned with the emotional welfare of the patient. They were merely a vessel for the doctors to work with. Nowadays, thankfully, it is widely recognized that effective treatment needs to take into account all aspects of a person and not just their physiological symptoms. And that’s not actually too hard to achieve. With a little time and a good listening ear, practitioners today are able to work with the person as much as the condition and find a treatment that helps them the most. 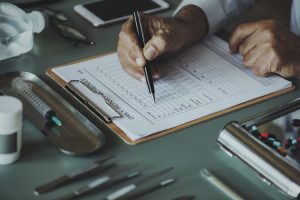 But what happens when the patient is unable to communicate their feelings and opinions? In our case, Harry has very limited language and needs me or his Dad with him to communicate with and for him at all times. However, this doesn’t mean that he is a passive part of his own medical journey.

When Harry was around 18 months old, a consultant, discussing the failure of a year long medical intervention to create an eye socket said “If all else fails, we can do a carpentry job on him at 16” I was enraged. While I understand that Harry would have been too young to understand anyway, the consultants lack of respect for him as a patient and us as his parents meant that I transferred his care immediately.

Understandably, I became acutely aware of the way that professionals spoke to Harry and us as his parents and I am really pleased to say that we’ve had nothing but excellent care at Alder Hey hospital in Liverpool. Before Harry’s most recent operation everyone from the porter, nurses and anesthetist to the surgeons came and chatted TO Harry, not just over his head. Maybe they were trained to do this. Maybe its just their nature to speak with patients regardless of the level of their language. Either way, it is massively appreciated. Even when the decisions fall to me and Harry’s Dad, it really is important to me that Harry is included in discussions that will affect HIS life. Today I am sharing just 3 of the reasons why it means so much to me and other parents like me. 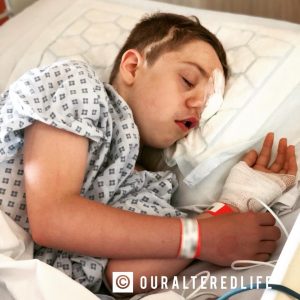 To acknowledge him shows respect.

Talking over his head is rude and suggests that he isn’t important in the process when in fact he is the MOST important person in it all. Talking to Harry, regardless of whether he replies or not, shows that the professionals recognize that and that they are including him. You would never dream of having a conversation with someone whilst looking at another part of the room and yet this must be how it feels when conversations occur over the heads of non verbal patients. It’s the most basic yet powerful way of showing people that they matter.

It helps to build trust.

Just because someone has limited language doesn’t mean that they are unable to express themselves or show preferences for people. Harry knows who and what he likes and definitely who and what he doesn’t. For many years after we injected his head every two weeks for a year (all for nothing in the end) he was incredibly hospital phobic and screamed even if his Dad (who is a barber) came near his head. Over time, Harry has learned that not everyone will hurt him and I do believe that part of that comes from the reassurance he feels when he is told what to expect rather than just experiencing something without warning. Obviously, his understanding is developing too as he grows but a little conversation can go a long way in helping to build a relationship which may last for years (we have seen the same consultant now several times a year for over 10 years) It also means that we as parents feel more confident in the care that he is receiving. At our previous hospital, the emphasis was constantly on medically photographing Harry’s progress for inclusion in research and journals. We felt that his syndrome was the most important thing to the surgeons with Harry as a person much lower down on the list and it massively undermined our confidence in them. Now, we know it to be the other way around and that’s exactly how it should be. 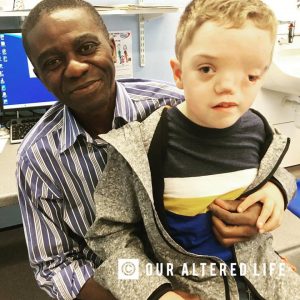 Harry and his pediatrician

You never know how much people are understanding.

Harry may look like a boy who is oblivious to the conversations around him but don’t let that fool you. My boy is always listening and for that reason I always explain to him before I discuss his conditions with others, I explain why we are visiting hospitals and doctors and I am always grateful to the professionals who do the same. Jonathan Bryan is a great example of not judging a book by its cover. You may assume from first impressions that Jonathan is unaware of life around him but he is an active campaigner, author and highly intelligent young man who has passed the same exams as his able bodied peers. I am sure he would feel insulted to be overlooked in conversations about him when his opinion is more valid than anyone elses and now he has the ability to communicate (through his mum or teacher) there is no reason why he shouldnt be consulted.

It makes me wonder how many people I have misjudged in my own life and how many patients have been made to feel that they aren’t as important as others simply because they cant express themselves clearly. Today, there is no excuse for barriers in communication. I loved the sign that I saw recently in Alder Hey which could be used with non verbal patients or even those who were struggling to talk after surgery. A little thought goes a long way and makes recovery so much easier. 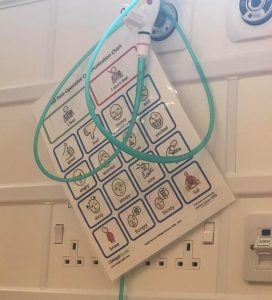 Communication board in hospital

Conditions and syndromes may have the same label but may manifest differently from person to person so it really is crucial that practitioners are aware of a person holistically. No-one is a condition in isolation and I think we are finally heading into an age where mental health, social and emotional issues are being recognized as a significant factors in patient well being. That knowledge starts with a simple conversation and so to any professionals reading this who don’t already talk directly to patients whether they can or cant reply I would ask them to do so please. Obviously this would be in consultation with parents are carers but the patient should always be at the heart of the conversation. To any professionals reading this who already pride themselves on doing this I would say thank you. Thank you from my sons heart (and those in similar positions), through my voice.