3 reasons not to send my son to special school 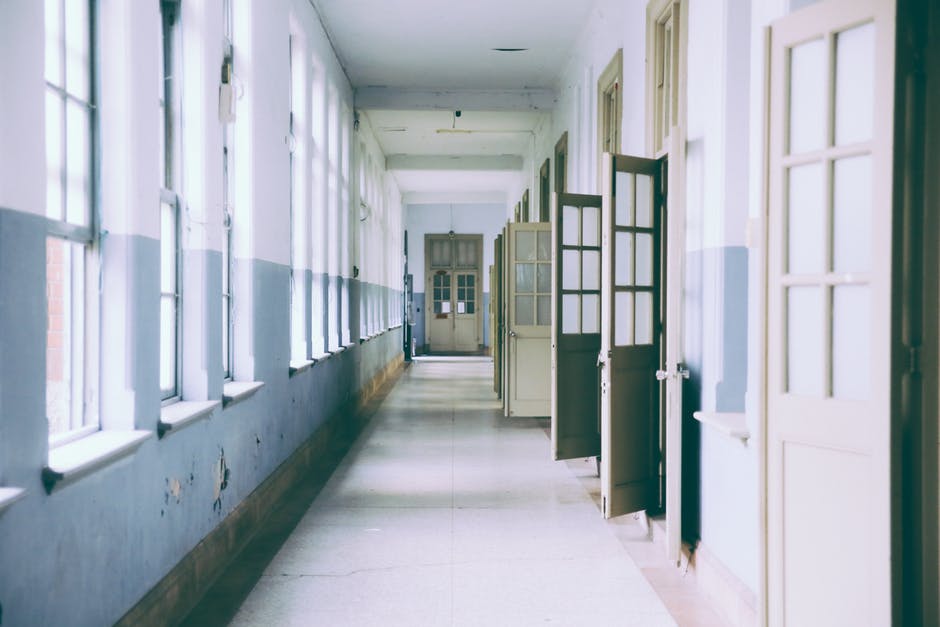 Choosing the right school for any child can be overwhelming and stressful. Add in the extra considerations of disability, in any form, and the process becomes even harder.

Harry has Goldenhar syndrome which is a rare cranio-facial condition but that alone wasn’t the reason for us questioning his place in mainstream. He also has a diagnosis of Autism. He is technically classed as non-verbal (although I am fluent in ‘Harry language’ and let me tell you, he’s very verbal in his own way) and he struggles socially and emotionally. His development and needs were very different from the children around him. When we came to consider which school he should attend I was sure that I wanted mainstream schooling for him.

These were my reasons for that, and the reality that I discovered when we eventually accepted that mainstream just wasn’t going to provide our boy with the support he deserved.

I wanted him to be with Oliver.

My boys are twins. They were together from the start and I didn’t want to separate them. They had enjoyed three years at the same nursery and I felt that it was precious time where they could develop their bond which wasn’t forming as naturally as it may do for twins where autism doesn’t interfere. I loved dropping them off together, collecting them both and hearing about their day. How they had played together, what they’d had for lunch, who they had bitten (do all children go through the ‘is cannibalism for me’ phase?) etc. It’s hard to put into words but I think looking back it was my version of ‘normal’. In a way, it was part of the life I had imagined and expected and I held onto it in the same way that a child clings to the wonderful myth of Santa. It broke my heart in a way I hadn’t expected it would to consider splitting them up because it was yet another reminder that life was never going to be the one I had imagined but in the same way that Christmas is still magical even after you discover the truth, I learned that separating my boys would become a different kind of ‘normal’ and something we would get used to in time. I had a very stereotypical view of special needs provision.

I worked in education at the time we were considering our options for Harrys first school. I saw the colourful display lined corridors and the hustle and bustle of the dining room in many schools. I watched the happy chaos on the playground as children chased each other and clambered over equipment. I stood at the back of assemblies watching children read their parts or play their instruments. Primary school is bursting at the seams with energy and life. I didn’t want Harry never to know that. I didn’t want him in a sterile environment where the walls were as blank as the expressions on the pupils who were mind numbed by strict routines and repetitive lessons. I didn’t want him segregated away from society, I wanted him included in it. What I discovered is that special provision was exactly like that…in 1913! I was judging the special schools today on my ill-founded and grossly stereotypical, outdated views of the past. I hadn’t considered that they might have actually moved with the times and be able to match if not exceed the quality of care that a child receives in mainstream school. I hadn’t even visited a special school before I condemned it and wrote it off as an option. More fool me.

I felt that I was failing my son.

Me and Harrys Dad both believed no, hoped, that Harry could cope with mainstream school and that the appropriate adaptions could be made so that he stood as good a chance as anyone at succeeding. What we were really doing was clinging to the hope that somehow Harry would ‘catch up’ or be ‘fixed’ and miraculously he would be able to hold his own with his peers. We wanted him to live the life that Oliver would do effortlessly and we thought that mainstream would be the magical gate through which that transformation would occur. Sending Harry to a special school felt like we were writing him off and admitting that he might never have the same capabilities and opportunities as his twin brother. That was massively unfair on Harry. If I knew then how resilient, strong, stubborn and brilliant Harrys mind was I would have never felt that way but back then I had no idea. I felt like I was admitting defeat and that yet again I was failing my boy.

The reality of those worries is very different to what I had feared.

My boys don’t mind being apart, in fact as they have grown and I have watched how fiercely Oliver protects and defends his brother from those who lack awareness of his conditions, I am glad that he has time just to be Oliver and not a young carer. I love that Harry looks forward to going to school to see the friends he has made and taking part in the activities that he enjoys. Over dinner each evening we discuss what we have all done with our day. Oliver goes first (he’s an incessant chatterbox – gets it from his Dad) and we all share our adventures. Harry will tell us who he has played with and I will relay any news from his home school diary. We each bring something different to the table and I love it as hard as it still feels at times.

The vision I had of special needs school has been well and truly erased by my experience of Harrys schooling. Light, laughter and love fills every room of his first and secondary school where the smallest improvements of one are celebrated by everyone as brilliant achievements. Assemblies are always fantastic and Harry has provided a musical interlude on his keyboard several times in Christmas performances. Ironically, when we were considering high schools for Harry we turned one down because it felt quite clinical and cold. Efficient but sterile. The school he attends now is full of music and a constant hum of activity. Its organised chaos (I mean that in the nicest way) and we knew straight away that it was the school for our son. It has just been judged as ‘Outstanding’ by Ofsted and I can totally see why. It’s a far cry from the soul less hell hole I imagined all those years ago.

I am someone who self reflects a lot and as such I know now that feeling like I was failing Harry by sending him to special school was nothing to do with what he needed and everything to do with what I wanted. I wanted to pretend that life was going to pan out the way I had imagined all along. But that wasn’t helping Harry, in fact that very notion was failing my boy in itself. Accepting that Harry needed, and deserved, more than mainstream could ever offer him was one of the most significant shifts in my life as a lost parent in the early years. Visiting schools and seeing the incredible atmosphere and wonderful opportunities that were waiting for him reassured and excited me.

To date Harry has been shopping with school countless times, out into the community on various projects and even had a residential stay where he took part in all kinds of outdoor activities. Sending him to special school wasn’t writing him off or failing him. It was setting him free to be the incredible boy he is, surrounded by people and friends who understand the diversity and contributions that children like my son make to the world. I am still in touch with some of his primary school staff and I know that they would say he taught them just as much, if not more than they did him.

So no, I absolutely didn’t want my son to attend a special needs school but once I got out of my own way and considered what was best for him, not me, I soon realised that it was the best decision I ever made.