3 reasons why I’ve resolved not to make a new years resolution.

The practice of making a new years resolution dates back to the ancient Babylonians who made promises (apparently to pay off debts and return borrowed farm equipment) in order to earn the favour of the gods and start the year off on the right foot.

Nowadays, resolutions are less about pleasing the gods and more about achieving the things we have struggled with over the past twelve months or want to achieve moving forwards. For me personally I have made a promise to myself to lose weight, become more organised, achieve a better work life balance, save more and get fit (not all in the same year though!) It appears that I’m not alone in this with the most common resolutions in the UK being to stay fit and healthy (37%), lose weight (32%), enjoy life to the fullest (28%), spend less, save more (25%) and spend more time with family and friends (19%)

I have to say that I’ve had mixed success and even that has been within the first quarter of the year after which I have abandoned the mission and resolved to give it a go at another time.

Why is it that I struggle so much to stick to a new year’s resolution? I have three reasons and together they form the explanation as to why you won’t find me making resolutions again.

Nothing changes but the calendar

There is a magical notion of a clean slate on the first of January at 00:01 but it’s simply not the case. Debts are still owed, troubles are still present, ailments still niggle us. The list goes on. I’m not saying that we shouldn’t set out to make the changes we need, just that any day is as good as any to start. A Thursday in March holds just as much potential as New Year’s day and much less pressure. It’s very easy to get carried away in the notion of hope and the excitement of 365 days to write a new chapter in life but for me, a plot twist mid-way makes for much more compelling reading. If my life needs to change, it will happen when I’m mentally ready, not with the cheese sweats and gin head on New Years morning.

Time for a new diary

You’ve got to want to change.

I guess this for me is the biggest reason. Making a promise to change in any way at all for any reason other than the fact that you really want it to work is simply setting yourself up to fail. In my network marketing days, I came across the following story and it really stuck with me in explaining the timing behind peoples’ decisions.

A man walks down the same street every day and passes a man sitting on his porch with a dog at his feet who is whining. Eventually, the pedestrian stops and asks the man why his dog is whimpering every day. The man explains “because he’s lying on a nail”

“So why doesn’t he just move?” the pedestrian asked to which the man replied “because it doesn’t hurt him enough yet”

I love that because it sums up one of the most crucial reasons for me that people either fail or succeed in their efforts. Once we have reached that pain point, we are more likely to make a permanent change. I had been stressed in teaching for a while but when I was admitted to hospital to be investigated for a stroke at the age of 35, I felt that pain and left the profession. I achieved my goal of a life with less stress but without that health scare I might still have been moaning.

For me, the fact that it’s a new year alone is not a strong enough reason to achieve the goals I have and while I know that in an ideal world you really shouldn’t wait for those pain points, in a real world we often do (or at least get close) and for me that’s the way I make the changes I need. 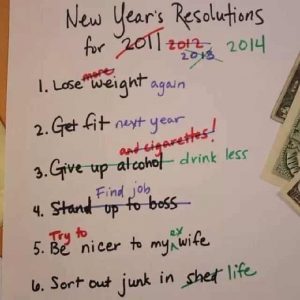 Resolutions which mean nothing, change nothing

There’s one theory that by making a goal publically you become accountable to achieving it. This works really well short term particularly with things like weight loss groups where a weekly weigh in motivates the members to stay focused in the week between weigh ins (although back in my weight watcher days weigh in night was also the evening I whispered my weekly order down the phone to Danny in the local Chinese takeaway). Longer term, this doesn’t have the same influence with only 8% of people actually keeping their New Year’s resolutions according to one commonly cited statistic. 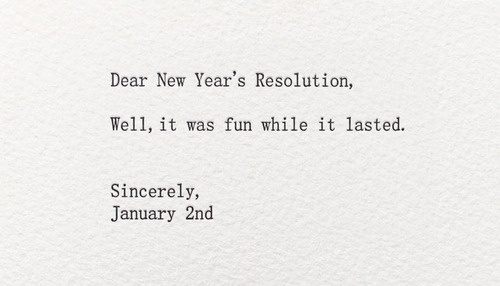 There will be lots of reasons for this of course; too many goals, too ambitious, giving up at the first hurdle etc but the fact that so many people fail to keep their resolutions tells me that we need to be a little bit kinder to ourselves, a lot more realistic with our expectations and not expect to change overnight just because the year does.

Yes, I’ll be making some goals through the year as I have done this year but I won’t be stressing about making sure it all happens from the stroke of midnight on 31st December. I’ll be far too busy sipping gin and eating cheese! 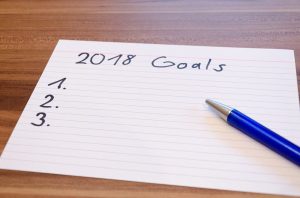 Whatever you are planning on New Year’s Eve and beyond I wish you every success and happiness. And if, like so many others, you find yourself struggling to keep the resolutions you make don’t forget – a plot twist mid-March can also give your ‘new year story’ a happy ending!

See you next year and many thanks for your support this year. I’m genuinely very grateful. 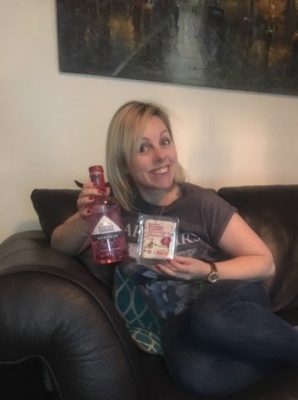