I’m just going to make one thing clear before I begin. Three reasons why I can’t die isn’t a tale of superhuman strength or marvel hero invincibility (just in case you thought you were indeed reading the blog of super girl). It’s more the darkest fear of a mother whose child has severe autism. I have blogged before about how living with autism is both hard and magical and have been completely honest about the challenges and rewards of our Altered Life. But this fear, the certainty of a death I simply can’t face is often the unspoken one. Silently tucked away like your most treasured possession. Only it’s not a treasured possession. It’s a silent and invisible curse. Worrying about what will happen to my son after I die, and to the relationship between us, clings to my soul like a bad smell and rears its head when I least expect it. A constant reminder that the relationship I have with motherhood is a world apart from that of my friends. Even between my boys, my responsibilities differ more than I ever imagined or wanted them to. Here’s just three reasons why mums like me just can’t die. 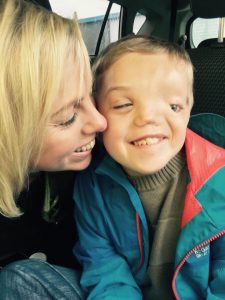 When Harry walks upstairs or bounces and flaps in the lounge while I make dinner in the kitchen he makes a very soft sort of snuffle. I can tell from the tone of that snuffle whether he is smiling or anxious. I know whether he is T minus 5 from a meltdown or whether he is tired.
I can tell from the way his bottom lip drops a teeny amount (others wouldn’t notice but I spot it early) that he is about to cry and so I am able to pull him to me and try to calm him before that autistic fog descends and he is temporarily lost to me.
I know when he is lying in bed if he is fast asleep or if he is lying with his eye open and his grin wide thinking of…well that’s anyone’s guess. He’s definitely not counting sheep and is more likely to be plotting the next days biscuit barrel raid but the point is that I don’t have to talk to my boy to know these and so many other things.

I don’t know how I know but because I don’t know how I know, I can’t teach anyone else how to know. You know ? I can’t write a Harry manual to pass on to whoever will care for him when I’ve gone. There will be no snuffle interpreter, no facial recognition expert or sixth sense awareness. Yes there will be people who love him and look out for him. But there won’t ever be someone who knows my boy like I do. When I die, I take that with me. As much as I love that special bond I would give anything to be able to pass the baton on and leave him with it in my absence. 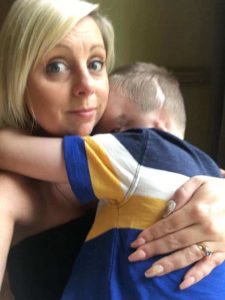 The vulnerability of an infant is heart warming and temporarily affirms your role as the protector. In time, as your child becomes an adult that vulnerability is replaced with experience, knowledge and a passion for the world which is unfolding before their eyes. They no longer need you in the same ways. It’s heart breaking but amazing at the same time. I know that one day, I will stop being the oracle and protector for Oliver as he turns to friends and girlfriends to advise him through his life. But that will never happen for Harry. I don’t know if he will ever form a true friendship and I genuinely doubt that he will ever have a loving relationship. Maybe that’s harsh and unfair but it’s also realistic and I have found that realism has served me much better than optimism on my journey at times. My eternal boy will always need his family. The people who understand him, love and protect him. My boy needs his mum but in truth, I need my boy so much more. The only thing that I fear in this world is what will happen to Harry when I have gone. So I simply can’t leave him. 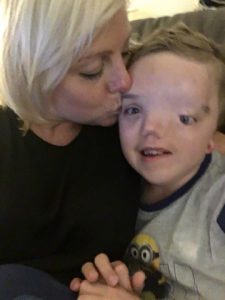 This belief is rooted purely in fear rather than fact. When Harry was assessed for autism, his report showed that he had recognition for 3 adults. Me, his Dad and my Nan. My boys were my Nan’s world and she was with them almost every day. She adored them and they adored her. Even now, three years after she passed away, Oliver will still cry and tell me how much he misses her. Harry is oblivious. He can look at a photograph and not recognise her. I say her name and there is simply no reaction. It’s as if she never existed. That makes me so incredibly sad to think that the woman who made him her reason for clinging to her own life for as long as she did (93 is a grand old age) is now not even a memory. It also terrifies me that the same will happen to me. Will I become a distant memory in time of something that he was once obsessed with and made him laugh and smile before he moved on. Am I the vtech ball machine? (That thing drove me mad for every second of every day of 2 years. It’s redundant now) Of course I could be grossly underestimating my boy but one of the struggles of non verbal autism is that life is a guessing game. I have no way of knowing what Harry remembers or forgets. Only what he shows me. And he shows me that both the ball machine, and nan just don’t matter anymore. When I die, will I still matter? I honestly don’t know.

But here’s the thing. While I don’t ever want to die I’m not sure that I want to live forever either. To outlive my partner and our children. To watch technology ravage our world and the futuristic films we watch now become a reality. I talk as if it’s a possibility (that’s too much science fiction for you) but my point is, I don’t even know what I want. I’m just scared. 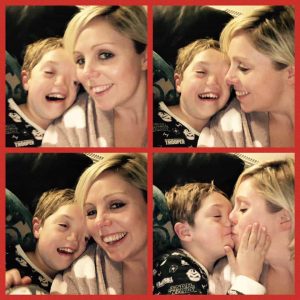 I’m terrified of leaving my eternal boy in a world which all to often judges at best and mocks at worst those who they don’t understand. The ones who are different. The loners and the vulnerable. I hear horrific stories of groups befriending adults like the one my son will become and subjecting them to awful things. I push them to the back of my mind and tell myself that things like that don’t happen to families like mine (doesn’t everyone say that before it’s their horror though?). For now, I live here… today. In the present, I focus on the beauty of my boy and our relationship. I work with his school to build his skills. I introduce him to the next generation when they see him and stare or point, unsure and sometimes afraid of the boy with one eye who jumps and flaps. I am using social media to introduce my boy to the world ~ to desensitise them to his differences. I am trying with all that I am to educate others on the power of seeing children like my Harry with their hearts and not just their eyes. If I can do that and know that I am leaving him with an army of people who love him and ‘get’ him (albeit not in the same way that I do) then maybe, just maybe, when the time comes it won’t be quite so hard to leave my boy.

Until then you’ll find me googling the elixir of life and bathing in formaldehyde.